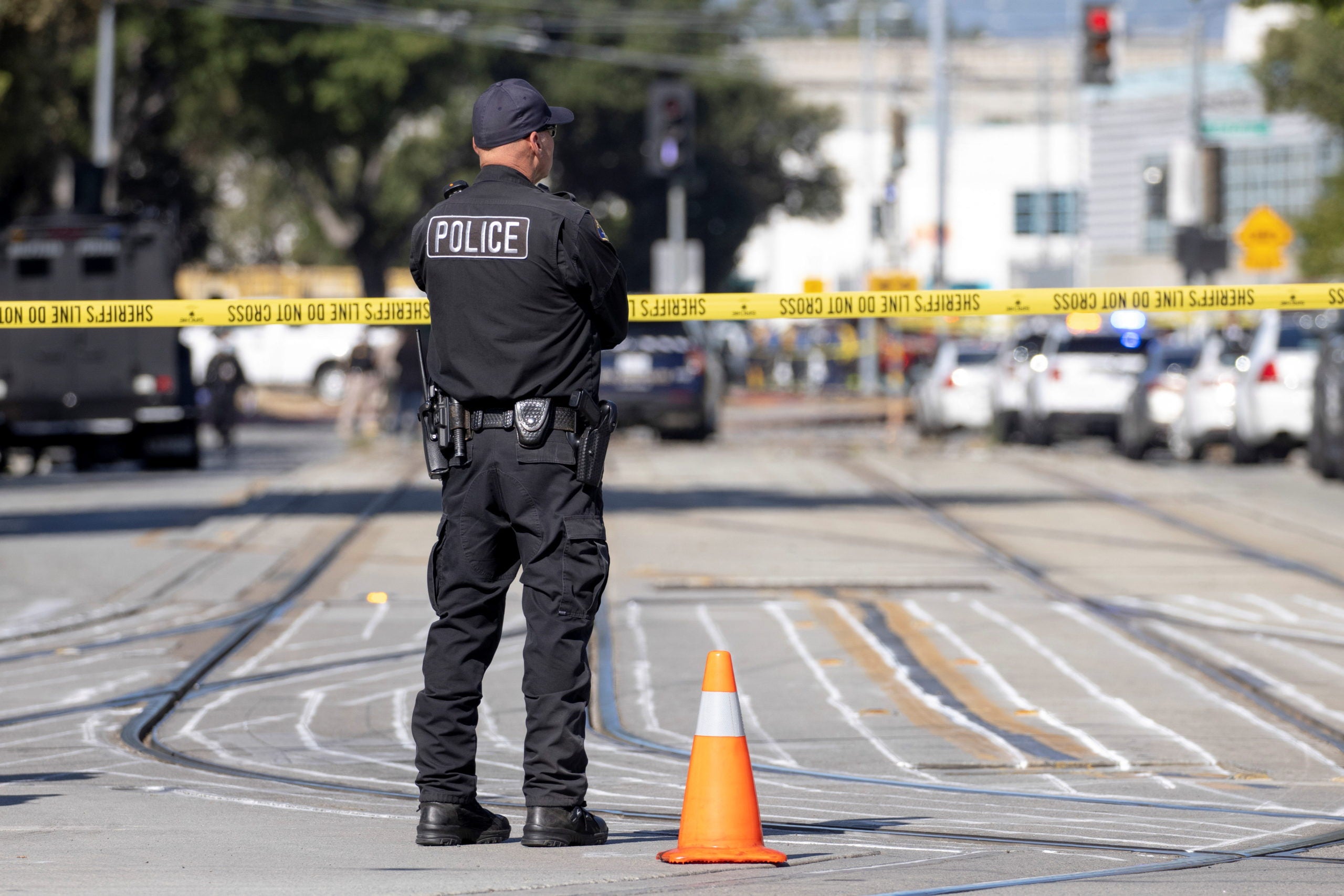 Police secure the scene of a mass shooting at a rail yard run by the Santa Clara Valley Transportation Authority in San Jose, California, U.S. May 26, 2021. REUTERS/Peter DaSilva

SAN JOSE, California — A California transit employee killed nine co-workers before taking his own life on Wednesday, the latest in a spate of deadly U.S. mass shootings, prompting the state’s governor to ask: “What the hell is wrong with us?”

Authorities did not immediately offer many details or a possible motive for the shooting, which unfolded at about 6:30 a.m. Pacific Time (1330 GMT) at a light-rail yard for commuter trains of the Santa Clara Valley Transportation Authority (VTA), in the heart of Silicon Valley in the San Francisco Bay Area.

A bomb squad was searching the yard and adjacent buildings after at least one explosive device was found, Santa Clara County Sheriff’s Deputy Russell Davis said at a news conference.

Sheriff Laurie Smith told reporters that gunfire was still going on when her deputies arrived, and the assailant took his own life, apparently when he realized police were closing in.

Officers never exchanged gunfire with the suspect, Davis said. Smith credited swift action by sheriff’s deputies, who rushed to the scene from their own headquarters next door to the rail yard, preventing what might have been a much greater loss of life.

Governor Gavin Newsom, appearing with Smith and others in San Jose, voiced exasperation at the scale of gun violence in America.

“There is a sameness to this and that numbness, I think, is something that we are all feeling,” Newsom said. “It begs the damn question, What the hell is going on in the United States of America? What the hell is wrong with us and when are we going to come to grips with this?”

The gunman and the nine victims were all employees of the transit agency situated near the city’s airport, officials said. The victims were found in two buildings on the site.

The ninth victim, Alex Ward Fritch, 49, died late Wednesday after he was taken to the hospital in critical condition, the medical examiner’s office said, according to NBC Bay Area.

Authorities did not release the gunman’s name or age. The San Jose Mercury News and other media outlets identified him as Samuel Cassidy, 57, a maintenance worker at the yard.

Cassidy had worked for the transit authority since at least 2012, when he was listed as an “electro-mechanic,” and was promoted to “substation maintainer” in 2015, according to records posted by the nonprofit website Transportation California.

The suspect and another individual filed domestic violence restraining orders against one another in 2009, three years after Cassidy divorced his spouse, according to online court records.

“A horrible tragedy has happened today and our thoughts and love go out to the VTA family,” Glenn Hendricks, chairman of the VTA board, told reporters.

San Jose, a city of about 1 million, lies at the heart of Silicon Valley, home to some of America’s biggest high-tech companies.

“These are, and were, essential workers,” San Jose’s mayor, Sam Liccardo, said of the victims.

He confirmed in television news interviews that authorities had also responded to a fire at the home of the suspect that broke out at about the same time as the shooting.

Fire department, police and bomb squad vehicles were parked outside the suspect’s house in San Jose, hours after the shooting.

An explosives-detecting robot sat in the street near the home while two bomb squad technicians entered the ranch-style house. Arson investigators and agents of the FBI and U.S. Bureau of Alcohol, Tobacco, Firearms and Explosives were also present.

President Joe Biden was briefed on the shooting, and his staff continued to monitor the situation while keeping in close contact with local officials to offer any assistance needed, the White House said.

“What’s clear, as the president has said, is that we are suffering from an epidemic of gun violence in this country, both from mass shootings and in the lives that are being taken in daily gun violence that doesn’t make national headlines,” White House spokeswoman Karine Jean-Pierre told reporters.

Wednesday’s incident was the latest of at least nine deadly U.S. mass shootings that have made national headlines in the past three months.

The United States saw at least 200 mass shootings in the first 132 days of this year, according to a report by the Gun Violence Archive, a non-profit research group.