Bangsamoro gov’t: No talks with BIFF 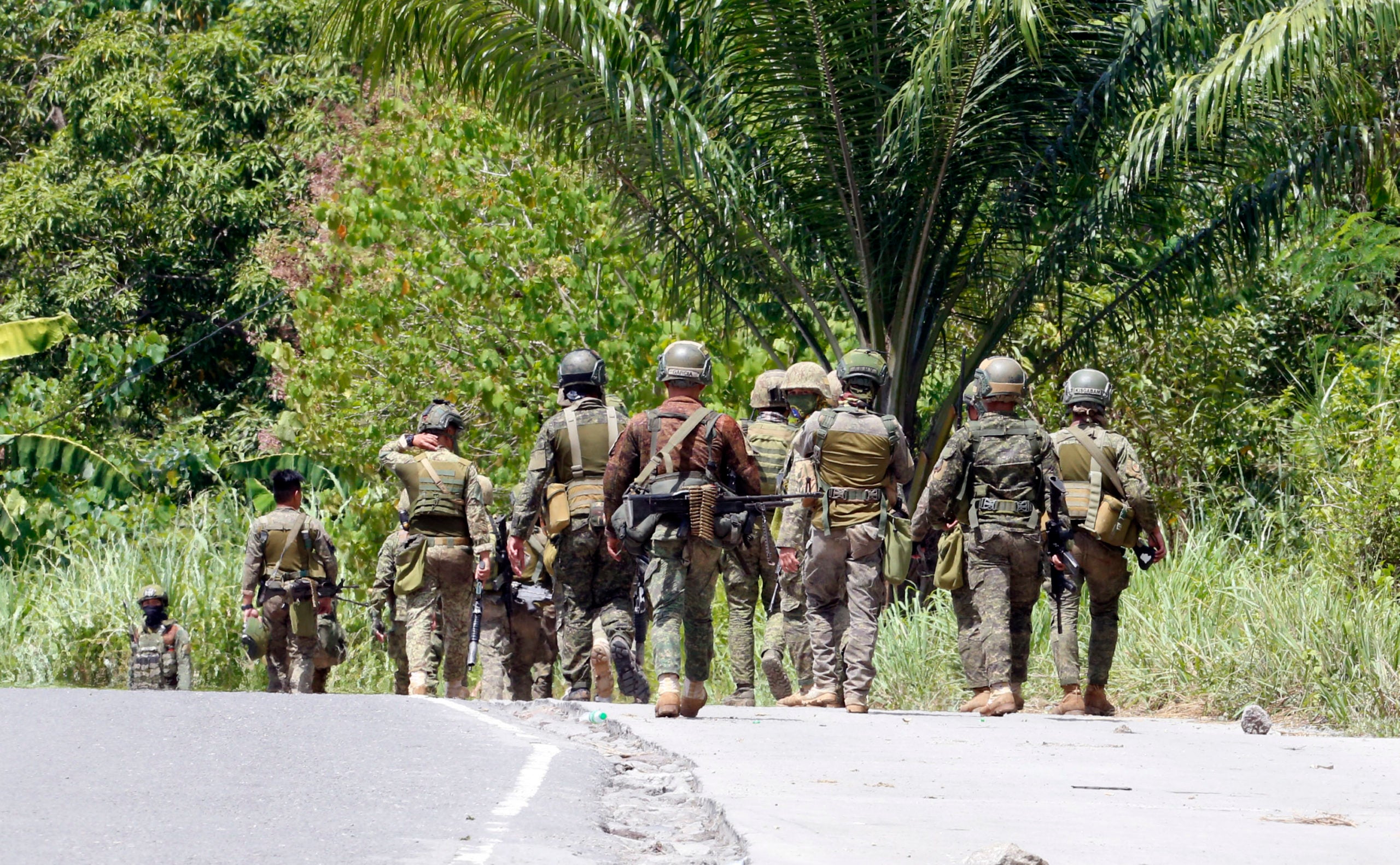 REINFORCEMENT In this photo taken on May 8, soldiers are seen along the national highway near Datu Paglas in Maguindanao province hours after gunmen from the Bangsamoro Islamic Freedom Fighters occupied the public market in the town center. —JEOFFREY MAITEM

Sinarimbo, also spokesperson for the BARMM, said the BIFF, Dawlah Islamiyah and other IS-inspired groups had already declared they would not join any negotiation or dialogue with the government.

“We do not proceed from negotiations where the other parties have clearly rejected negotiations as an option,” he said during Monday’s Bangsamoro peace and security summit in Cotabato City.

Records from the BARMM showed that 197 BIFF fighters had surrendered and received cash and livelihood aid from the government along with psychosocial intervention to help them cope with life in society’s mainstream.

“We have taken this up with the (secretary of the national defense) and we are just awaiting the resolution of the warrants of arrests issued against some of them,” he said.

“As for those who have decided to come out and return to the fold of law, Project Tugon (Tulong mula sa Gobyernong Nagmamalasakit) will continue to be available. As of date, we have enrolled in this project a total of 157 (surrenderers), who have been given assistance by the BARMM,” Sinarimbo said. ARMED GROUP The military has been pursuing members of the Bangsamoro Islamic Freedom Fighters, one of the armed groups allied with the Islamic State, to preserve the gains of the peace process in the Bangsamoro region. —JEOFFREY MAITEM

For this year, the BARMM has allocated livelihood assistance to 250 militants who will return to the fold of law, particularly in the provinces of Lanao del Sur and Sulu, where the remnants of the Maute Group and the Abu Sayyaf operate, respectively.

The CAB provides for a comprehensive approach in strengthening peace and order, as well as in addressing emerging security concerns in the Bangsamoro region, including the disbandment of private armed groups.

In a visit to the 6th ID headquarters in Datu Odin Sinsuat town in Maguindanao province on May 11, President Duterte appealed to the Bangsamoro government to help contain the BIFF, and warned that if the group would continue its terror activities, he would launch an all-out military offensive against the militants.

The President’s warning came three days after the BIFF briefly occupied the public market of Datu Paglas town. At least four BIFF fighters were killed during a clash with pursuing troops.

“What we are doing now is to use the power of the regional government and the mechanisms agreed within the peace agreement to enhance our partnership and solve the problem,” Sinarimbo said.