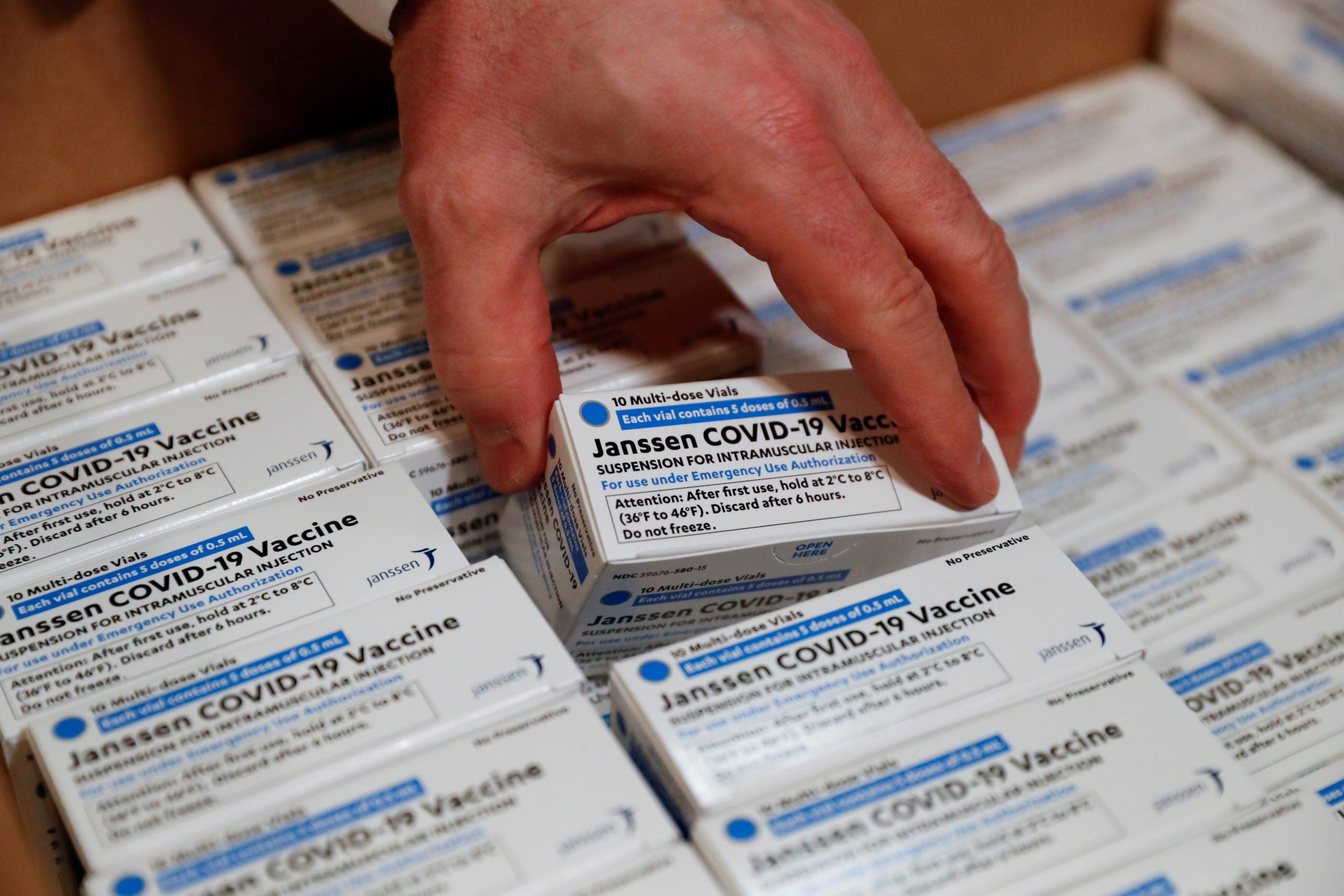 BRUSSELS — Johnson & Johnson’s single-jab vaccine against Covid-19 will be limited in Belgium to people aged 41 and over, authorities said on Wednesday following the death of a woman who received the jab.

The country’s inter-ministerial health body focused on the pandemic said that restriction will be “provisionally” applied pending further guidance from the European Medicines Agency (EMA) on Johnson & Johnson’s Janssen vaccine.

The move underlined the level of caution EU countries are showing to Covid vaccines, particularly the two adenovirus ones made by Johnson & Johnson and by AstraZeneca.

Those two have suspected links to very rare but very serious instances of blood clots coupled with low platelet levels which were seen in several deaths.

The EMA is continuing to evaluate the safety of all four vaccines it has approved for use in the EU, which also includes the ones from BioNTech/Pfizer and Moderna.

Last month it drew a link between rare blood clots and AstraZeneca and Johnson & Johnson jabs but stressed that the benefits of the vaccines outweighed the risk.

It maintains a recommendation they be used for all adult ages.

Several EU countries have restricted the use of AstraZeneca’s vaccine to older people, typically over 55 or 60. Austria is phasing it out and plans to stop using it in June.

Denmark has dropped the Johnson & Johnson vaccine from its national vaccination programme altogether.

Non-EU member Norway, which has dropped AstraZeneca, is offering Johnson & Johnson only to volunteers.

Johnson & Johnson only started delivering its vaccine to Europe in the second quarter, and it accounts for just over 10 percent of doses from all four vaccines in use, according to a European Commission graph presented to EU leaders at a summit this week.

In Belgium, the death of the woman — said to be aged under 40 and vaccinated through her employer outside of the country — was the “only case” identified, the inter-ministerial body said in a statement.

The woman died on Friday after being admitted to hospital with “severe thrombosis and a deficit of blood platelets”, it said.

It added that Belgium would keep using the Johnson & Johnson jab to vaccinate elderly people at home and vulnerable groups such as the homeless.

But for the general population the restriction means the jab now “will be provisionally used for the vaccination of people aged 41 and over”.

The body said that, so far, Belgium had received around 40,000 doses of the Johnson & Johnson vaccine, of which 80 percent had been administered to people aged 45 and over.