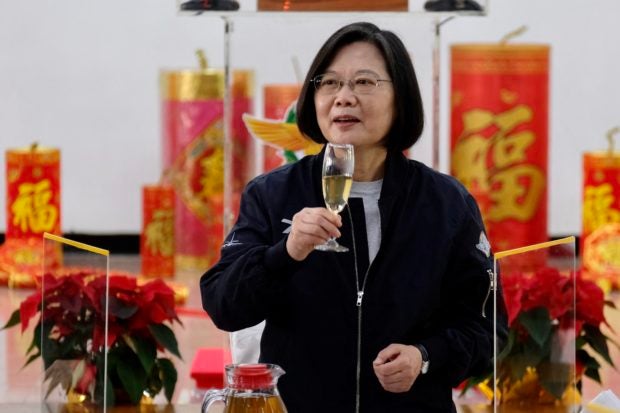 MANILA, Philippines — Taiwan’s continuous exclusion from several international bodies and meetings like the recent World Health Assembly (WHA) is a loss for the whole world amid the COVID-19 crisis, Taiwanese President Tsai Ing-Wen said on Tuesday in her official Twitter account.

Taiwan is not a member of the World Health Organization (WHO), which organizes the WHA. This is because of the one-China policy, under which countries recognize only the People’s Republic of China as an independent state with which they maintain formal relations.

“Taiwan’s exclusion from the World Health Assembly deprives the Taiwanese people of key health information, expertise, and the opportunity to contribute to the health of people across the world,” Tsai said.

“Taiwan’s exclusion from the WHA is a loss, not just for 23 million Taiwanese, but for the whole world.  To truly realize #HealthForAll, the WHO must put politics aside, so that Taiwan can share our expertise & contribute more to global health,” she added.

This is not the first time Taiwan has called out world organizations for excluding it from discussions.  Last August, Taiwanese representatives said they were baffled as to why their country was not included in United Nations discussions where it could make a big contribution.

Several studies have hailed Taiwan as one of the top five countries that have effectively responded to the COVID-19 pandemic, a crisis so severe that it has strained the healthcare systems and economies of several countries.

In contrast to some of its neighbors in the Asia Pacific region, like the Philippines, Taiwan has kept a positive economic outlook, with authorities insisting on prioritizing health concerns.

Taiwan recently faced a surge in COVID-19 cases, prompting it to bar the entry of foreigners and place several areas under lockdown — moves that have earned the praise of other countries.

The 74th World Health Assembly started on Monday, with the COVID-19 pandemic still the primary concern of participating countries.

Several national leaders and high-level health officers are expected to speak at the assembly.

According to WHO chief Tedros Adhanom Ghebreyesus, this WHA is “arguably one of the most important” ever.