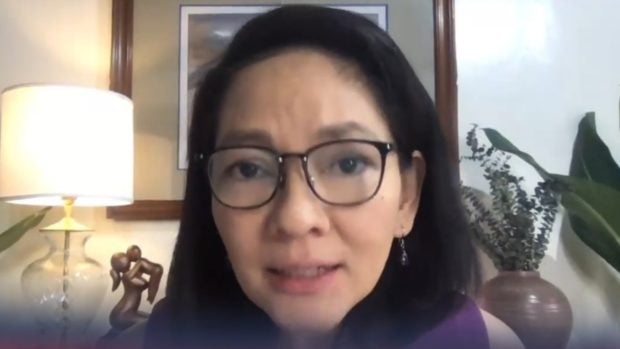 MANILA, Philippines — Proposed amendments to the Public Service Act (PSA), which would allow 100-percent foreign ownership of public utilities, could lead to a rise in Chinese incursions in the Philippines as it would “make way for China to own crucial infrastructure” in the country, Senator Risa Hontiveros warned Tuesday.

In a statement, Hontiveros said that China may use this as “leverage against the Philippines” when it comes to maritime disputes in the West Philippine Sea.

(China has not stopped its incursions in the West Philippine Sea, yet we are going to give them a chance to buy infrastructures inside our country?)

(China has already gotten a hold of our natural resources from our waters, I hope we would not let them take over the industries we have on land. What will be left for the Philippines?)

Hontiveros said proposed amendments to the PSA would allow foreigners to fully own companies in the telecommunications and transportation sectors, among others.

“If we open up our transport sector, for example, does this mean that the so-called Chinese maritime militia can apply for licenses or permits to operate in our domestic waters? We are all for economic development, but never at the expense of our national dignity and sovereignty,” she said.

The senator, who voted against the approval of China-owned Dito Telecommunity’s franchise renewal, stressed that improving services in our country should not come at the expense of national security.

(We have vital national security interests that should never be compromised. At the time that our Filipino fishermen are being shooed away, how can we ensure that China will not drive away Filipino workers from the industries they want to enter in?)

“We should heighten restrictions on foreign ownership as China’s encroachment in the WPS escalates; not make it easier for her (China) to establish a stronghold in our own land,” she added.

Further, Hontiveros said national security concerns on existing public utilities have yet to be resolved.

These include China’s 40-percent stake in the National Grid Corporation of the Philippines (NGCP) as well as in Dito Telecommunity, the country’s third telco player.

Officials from the NGCP and Dito have repeatedly allayed fears of foreign intrusion.

In 2019, Hontiveros filed separate Senate resolutions seeking an an investigation and a national security audit of the operations and facilities of the NGCP as well as a probe into the Armed Forces of the Philippines’ deal with Dito, which allows the telco to build facilities in military camps and stations.

Concerned Senate committees have already conducted their respective inquiries into the concerns raised by Hontiveros.

In the Senate, the bill seeking to amend the PSA is currently being deliberated in plenary. The House of Representatives, meanwhile, approved its own version of the measure in March last year.