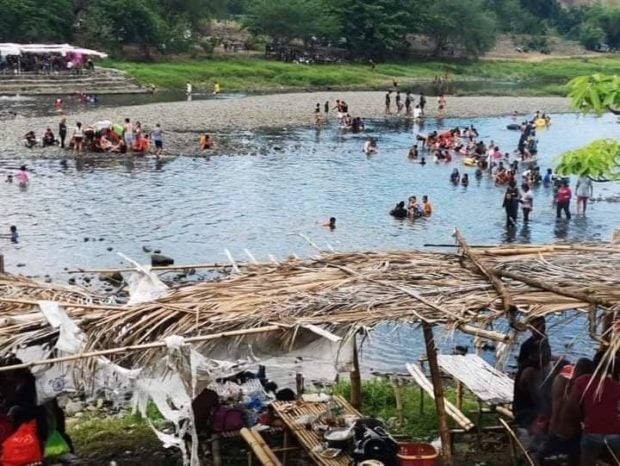 CAMP GEN. ALEJO SANTOS, Bulacan –– Village officials in Norzagaray town are facing charges for breaching health protocols when they allegedly allowed a mass gathering in a river on Sunday, May 23.

The 7-kilometer river is a famous swimming place in the town before the pandemic.

Bulacan is on general community quarantine that allows outdoor activities up to 30-percent capacity only and with full adherence to health protocols.

But the police said they received information that people who trooped to the river failed to observe physical distancing.

Cajipe said local police confirmed that health protocols were violated during an inspection of the area.

At least 75 people were issued citation tickets for violation of Inter-Agency Task Force regulations, including local ordinances on mass gathering.

Cajipe said they were also investigating other barangay officials who may have been involved in the incident.

Lucas and other village officials have yet to issue a statement. INQ