2 shot dead, P68M worth of ‘shabu’ seized in Muntinlupa sting 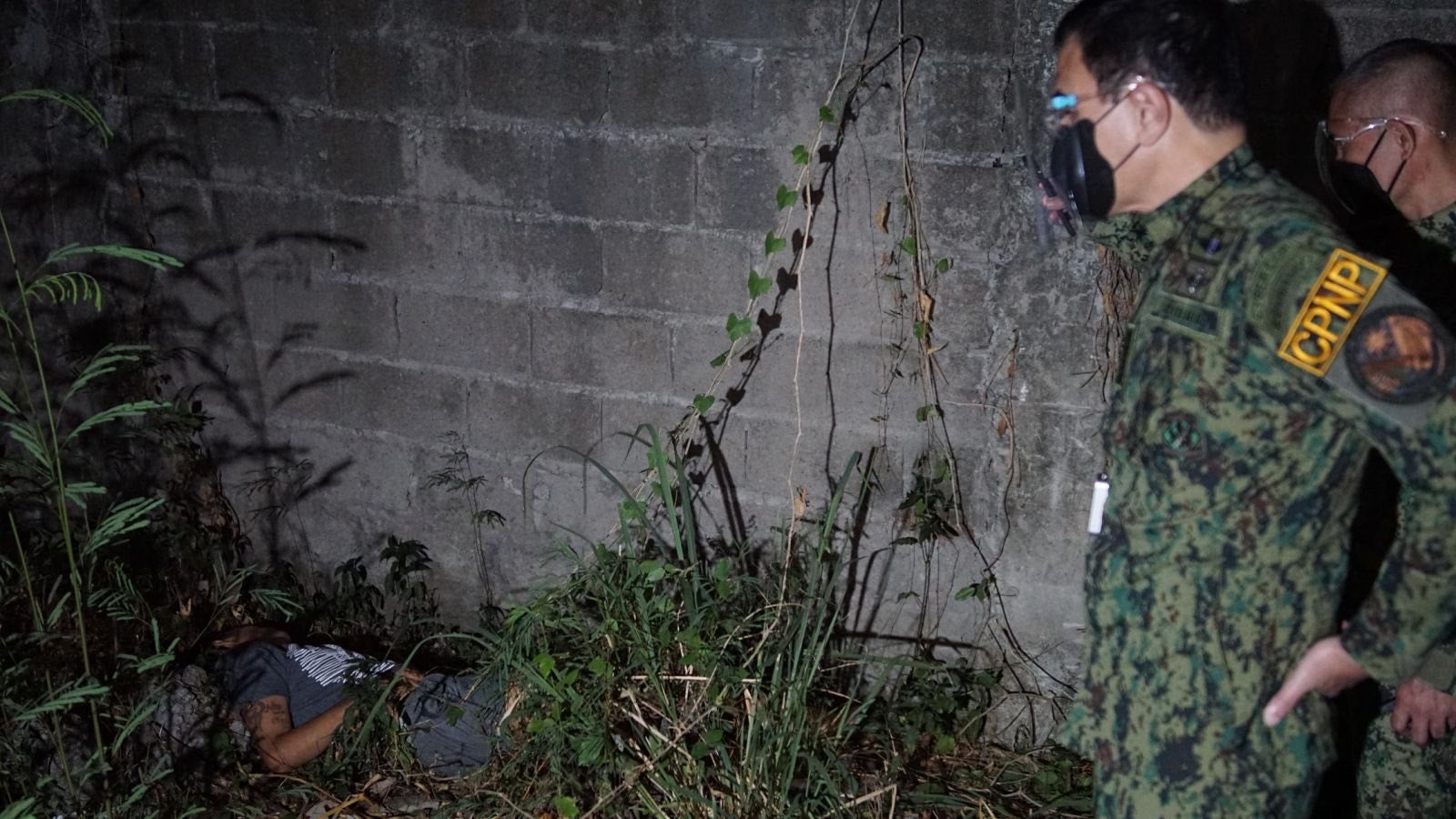 PNP chief Gen. Guillermo Eleazar at the scene where two drug suspects were killed and P68 million worth of suspected crystal meth or ‘shabu’ was seized in Muntinlupa. Courtesy of Philippine National Police

MANILA, Philippines — Two suspects were killed and P68 million worth of suspected crystal meth or ‘shabu’ was seized in a buy-bust-turned-armed encounter in Muntinlupa, the Philippine National Police (PNP) said on Monday.

Police chief Gen. Guillermo Eleazar identified the two suspects as Jordan Sabandal Abrigo and Jayvee De Guzman, who were killed in a joint operation by PNP and Philippine Drug Enforcement Agency in Katarungan Village in Muntinlupa City on Sunday evening.

Seized from the two were 10 kilos of crystal meth with a street value of P68 million, a Nissan Cefiro without a plate number, and two loaded cal .45 pistols.

Further investigation revealed that the two were members of the Divinagracia Drug Group led by a certain Michael Divinagracia and a certain Jhonson, a Chinese national currently imprisoned at the New Bilibid Prison.

“The said drug syndicate also operate in different areas of Visayas and Mindanao using cargo trucks travelling via RORO (roll on, roll off) from Batangas Port and received by their muslim cohorts in the area,” Eleazar said in a statement.