P40.8 million worth of crystal meth seized from 3 minors in Mandaluyong | Inquirer News

P40.8 million worth of crystal meth seized from 3 minors in Mandaluyong 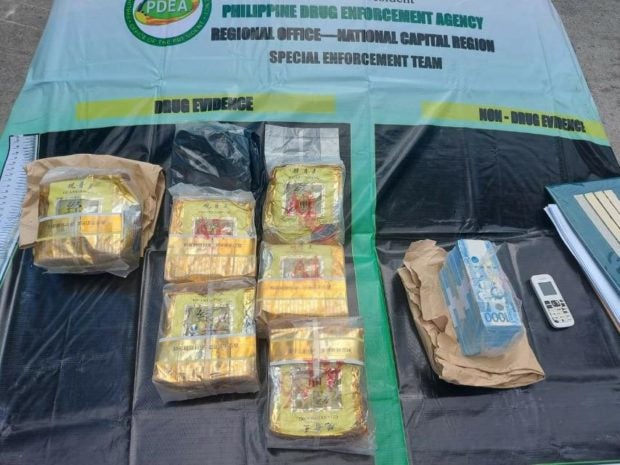 The drugs and the buy-bust money recovered from the minors. (Photo from PDEA)

MANILA, Philippines — Law enforcers seized from three minors suspected crystal meth worth around P40.8 million in a buy-bust operation in Mandaluyong on Sunday, according to the Philippine Drug Enforcement Agency (PDEA).

The minors — aged 15, 16, and 17 — came from Trece Martires in Cavite. They were arrested at a gasoline station on Sierra Madre Street in Barangay Highway Hilles in an operation conducted by members of PDEA and the Eastern Police District.

Seized from the minors were 6 kilograms of suspected shabu, as the drug is known locally, and a brown Nissan Sentra.

As of this writing, the minors are still in PDEA custody, the agency spokesperson, Derrick Carreon, told INQUIRER.net in a text message. But they would soon be turned over to the Department of Social Welfare and Development (DSWD).