One killed, many injured in Ivory Coast xenophobic violence 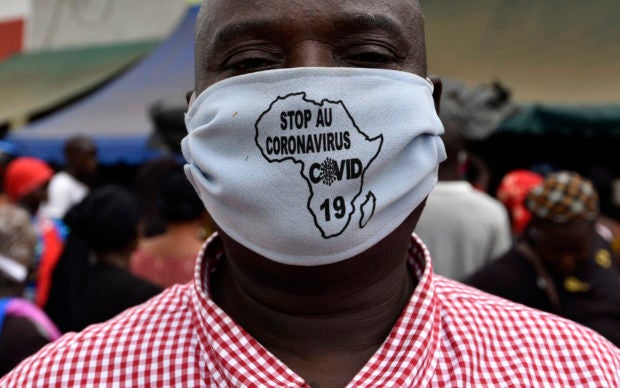 A man wears a face mask with a message on that reads “stop coronavirus” written inside a map of Africa, on April 24, 2020, in a street of Abobo, a district of Abidjan. (Photo by Sia KAMBOU / AFP)

Abidjan, Ivory Coast — One person was killed and several others injured in Ivory Coast’s main city Abidjan after a fake news video on social media provoked attacks on Niger nationals in the city.

A video showing a brutal 2019 raid by the Nigerian army on the Boko Haram jihadist group was passed off on social media Wednesday as an incident where Niger nationals had attacked Ivorians.

“One person died and several were injured,” said Abidjan prosecutor Richard Adou in a statement Thursday night, adding that 20 people had been arrested.

Ivory Coast’s Security Minister Vagondo Diomande appealed for calm in the country, the world’s top cocoa grower where a large chunk of workers in plantations come from nearby nations.

“We are a country which welcomes everybody, notably our brothers from the sub-region,” he said.

“These troubles have to stop.”