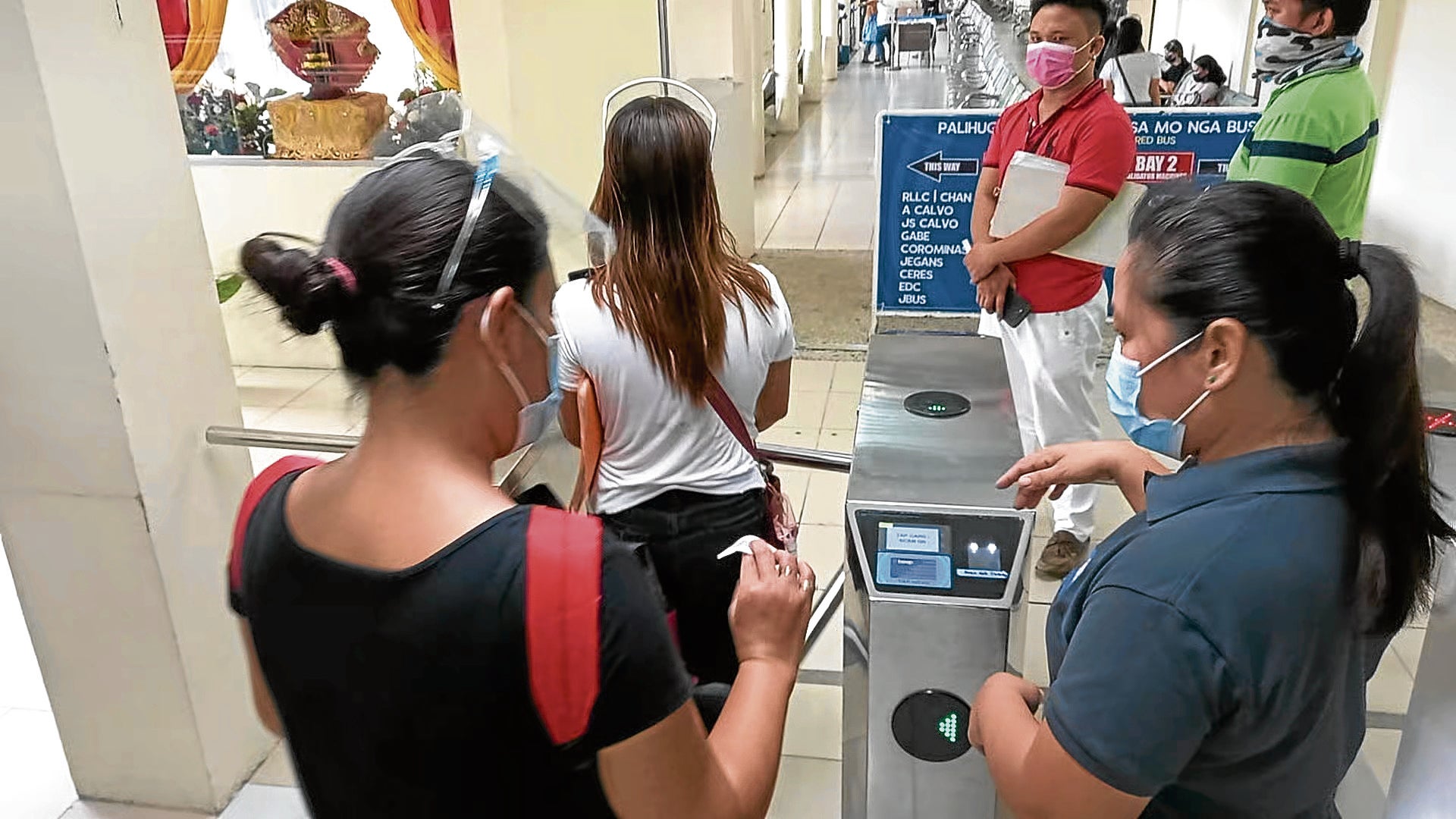 TAP HERE The Cebu South Bus Terminal in Cebu City implements starting on Tuesday the use of “tap cards” as it goes cashless amid the COVID-19 pandemic. —DALE ISRAEL

Passengers would no longer need to pay on board the buses and would just tap their cards at the terminal.

At present, cash options use the one-time quick response or QR code tickets purchased at ticketing booths inside the terminal.

Gov. Gwendolyn Garcia described the new development as “one shining moment” for Cebu. The plan to go cashless at the CSBT was made in 2019 and fast-tracked because of the pandemic,” said Garcia during last Tuesday’s launch attended by Topline CEO Eugene Frederik Lim, Land Transportation Office Central Visayas director Victor Caindec, and Land Transportation Franchising and Regulatory Board director Eduardo Montealto Jr.

Passengers can purchase a reloadable card at P100 at the ticketing booths inside CSBT to access the terminal bays and board their designated buses. The reloadable cards can also be bought or reloaded in partner convenience stores like 7-Eleven.

Since the system is new in Cebu, guides have been assigned to assist passengers.

The CSBT, which has a traffic density of about 5,000 passengers per day, is an important jump-off point for commuters from Cebu City heading for southern Cebu, mostly to board roll-on, roll-off vessels bound for the nearby Negros Island.

CSBT manager Carmen Quijano said the terminal has been earning an average of P3 million to P4 million a month since January 2021.

The revenues, however, are not yet at par with the prepandemic figure, which averaged from P6.7 million to P7 million during peak travel season.

She said CSBT’s income has been improving. At the start of the pandemic in March 2020, CSBT’s income dropped to less than P1 million per month.