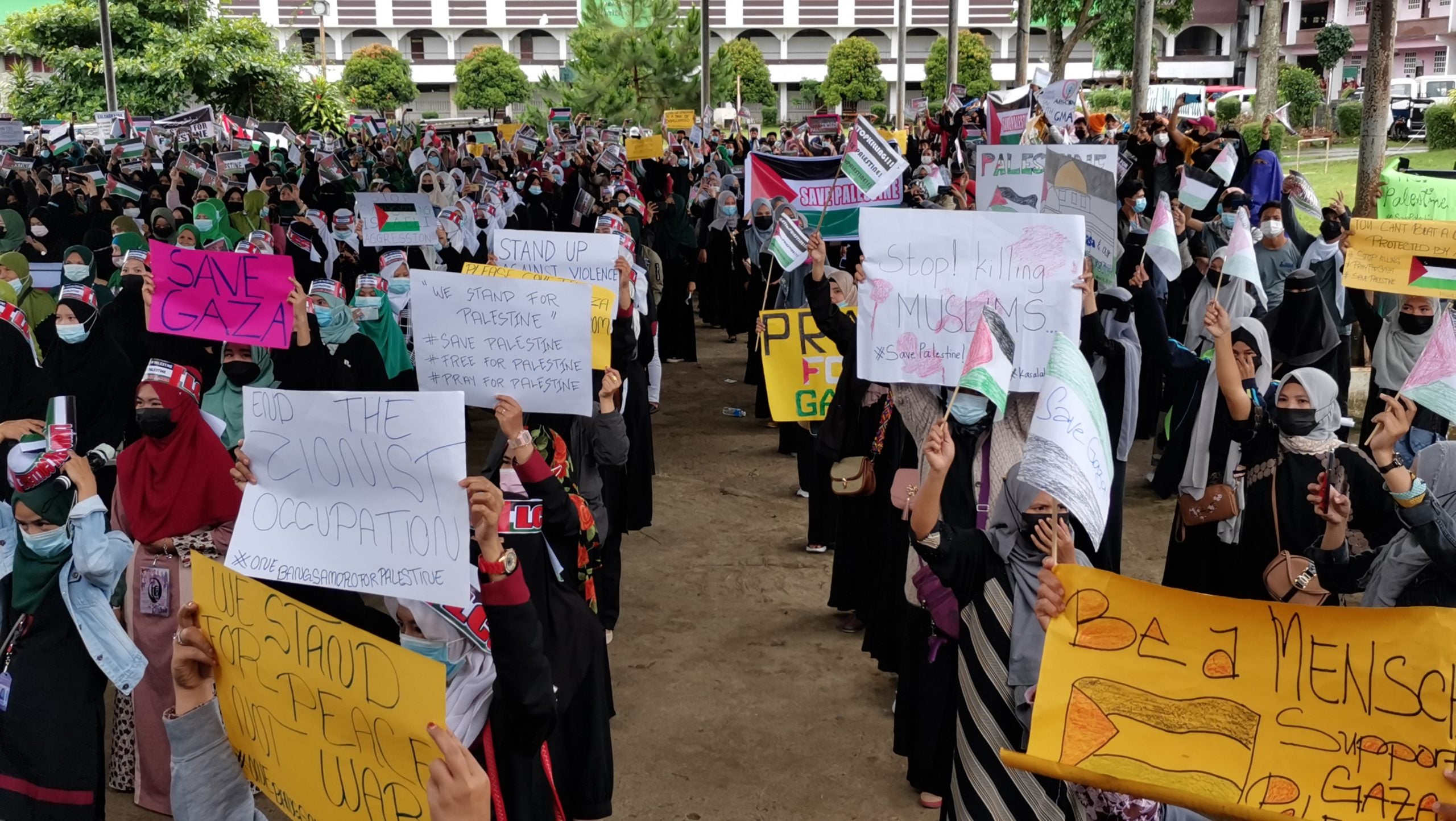 MARAWI CITY—Around 500 Maranao youth braved quarantine restrictions and gathered in a covered court in Matampay village here on Friday morning for a prayer rally in solidarity with the besieged Palestinian people.

Half of their faces covered by face masks, the participants were mostly women students of Jamiatu Muslim Mindanao (JMM), raising placards and banners that bore messages of solidarity and a call to end the violence.

“Stop killing Muslims,” read one placard. “Save Gaza,” read another. 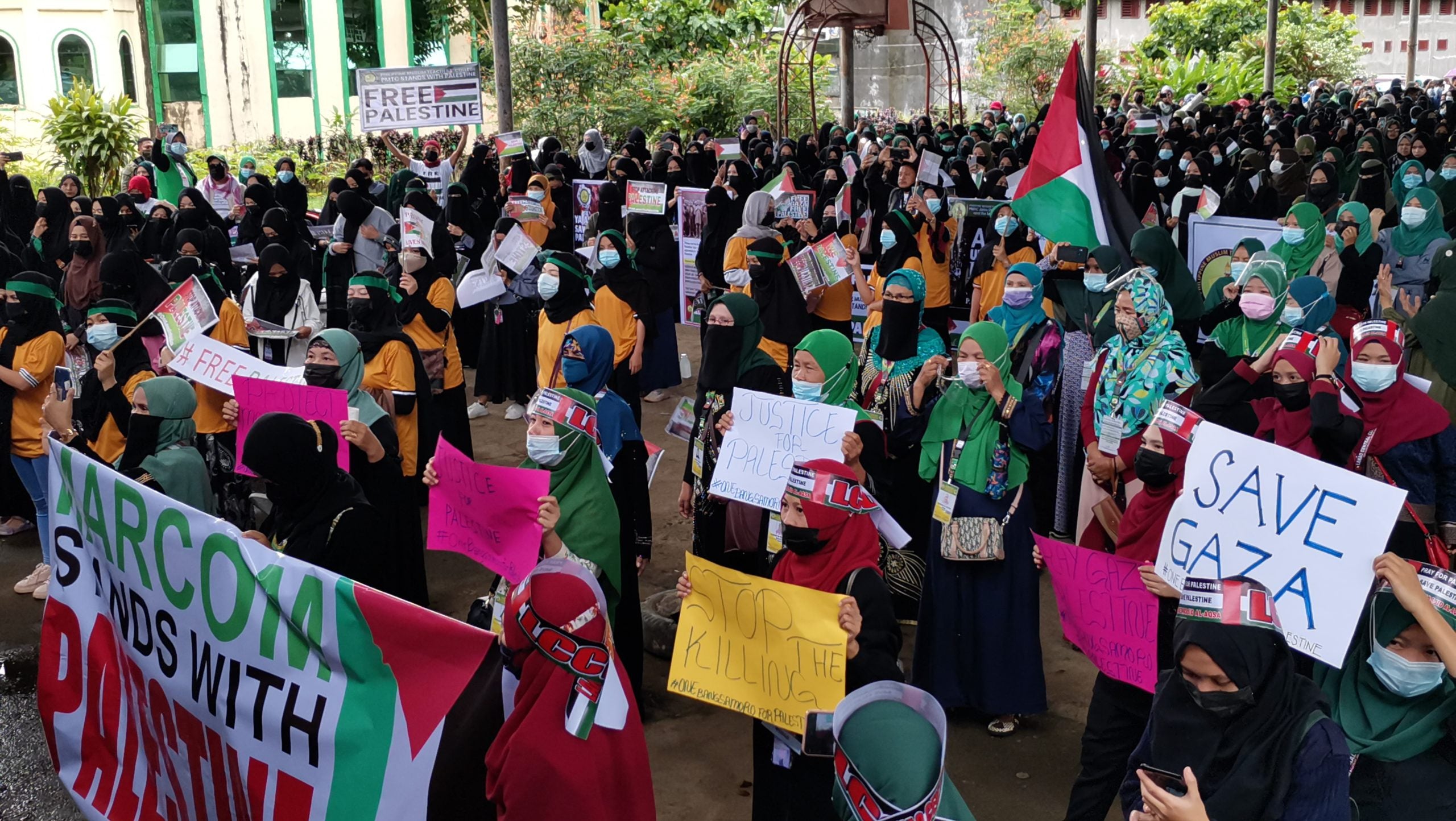 Maranao activist Drieza Lininding, one of the organizers, said the participants gathered for a community prayer for an end to the hostilities between Israel’s defense forces and Palestinian militants opposing the occupation of their lands, because innocent civilians are being killed.

Lininding said they were inspired by the earlier solidarity statements for the Palestinians issued by the Marawi City government and the provincial government of Lanao del Sur.

He explained that they themselves know what it feels to see your city torn by conflict, just like what happened to Marawi City four years ago.

When police checked on the venue, the rally organizers were told to disperse the crowd as they don’t have a permit from the local government to hold the gathering, said Lt. Col. Thomas Pantaleon, Marawi City police chief.

Lt. Col. Palawan Miondas, civil military operations officer of the Army’s 103rd Infantry Brigade, said around 10 organizers were invited to their headquarters to explain the gathering and were reminded to always follow health guidelines aimed at preventing the spread of COVID-19.