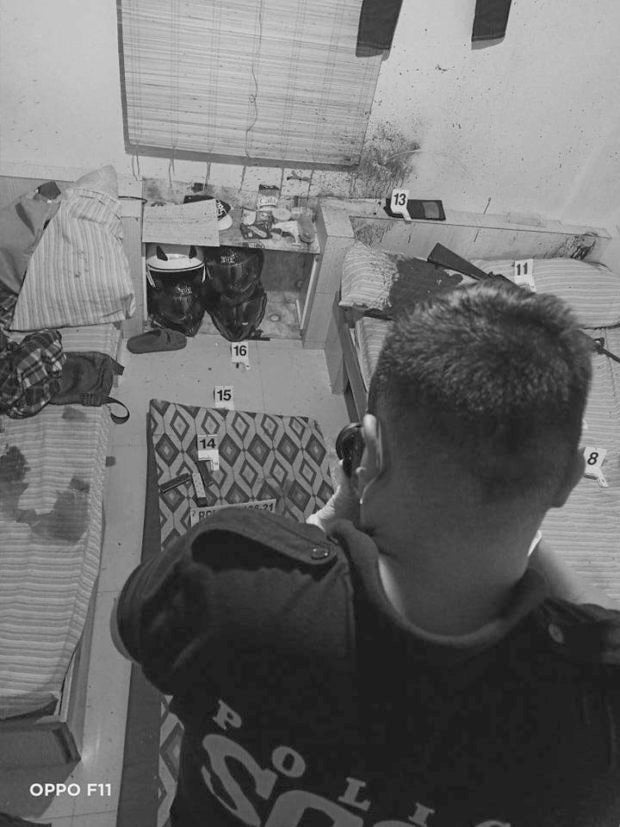 MANILA, Philippines — Members of a three-man hit squad believed to have been deployed by the communist rebel group New People’s Army (NPA) were slain in an encounter with arresting officers in Laguna, the Philippine National Police (PNP) said.

According to reports released to PNP Gen. Guillermo Eleazar, the unit based in Calabarzon was the subject of an arrest order being enforced in Sta. Rosa, Laguna, on Friday morning.

The three were identified by Eleazar as Rommel Rizza alias Bernie/ Jomar, who is supposedly the commanding officer of the Regional Special Operations Group (RSOG) and Special Partisan Unit (SPARU) of the Southern Tagalog Regional Party Committee; along with two other SPARU officials identified as Blue/Billy, and an alias Dean.

SAF acting director Brig. Gen Felipe Natividad said that based on intelligence reports, the unit was allegedly tasked to do a liquidation mission, “possibly in the Metro Manila”.

PNP also said that Natividad relayed to Eleazar that the Communist Party of the Philippines and the NPA (CPP-NPA) are based in Calabarzon, in order to launch attacks in areas near Metro Manila.

“Natividad told Eleazar that the CPP-NPA is maintaining staging areas and weapons storage in Calabarzon for its urban hit squads to launch attacks in Metro Manila,” PNP said.

“According to Natividad, this CPP-NPA SPARU hit squad has deployed several cells in Calabarzon as its staging area for terrorist activities in Metro Manila, particularly for hit jobs on targeted government officials including spokespersons of the National Task Force to End Local Communist Armed Conflict (NTF-ELCAC),” it added.