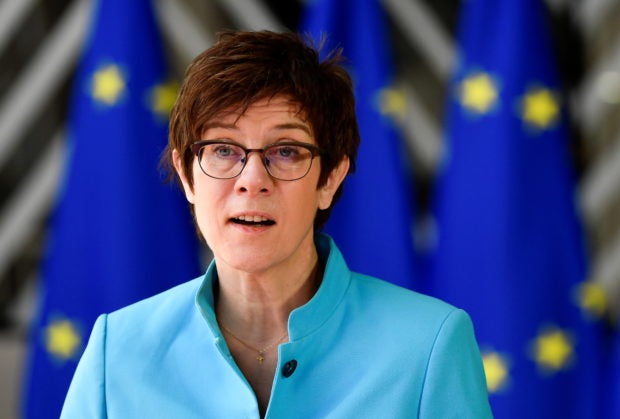 BERLIN — German lawmakers voted for legislation on Thursday to rehabilitate soldiers who for decades faced discrimination, discharge, or convictions on the basis of their sexual orientation.

Until the year 2000, Germany’s military considered that homosexuals posed a threat to the discipline of the troops and were not suitable as superior officers.

Gay soldiers could be denied promotions, discharged from military service, or even criminally convicted.

Defence Minister Annegret Kramp-Karrenbauer, who apologized for the years of discrimination, said the new law was a sign that Germany was now taking responsibility.

“It is our duty of care to make sure that those individuals who were dishonored during their service have security and get the best possible support,” she told the Bundestag lower house of parliament before the vote.

Under the new law, soldiers can ask for such convictions to be expunged, and they are entitled to some financial compensation.

The Lesbian and Gay Association in Germany welcomed the new law but said it fell short.

“More comprehensive reparations for the state-sanctioned injustice suffered would include higher compensation, hardship provisions, the possibility of belated promotions, and collective compensation,” Axel Hochrein, a board member of the association, said in a statement ahead of the vote.