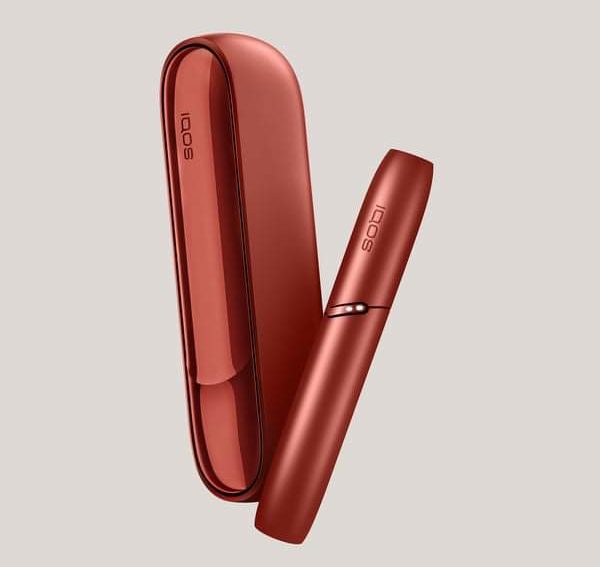 Passage of a bill regulating vapes and heated tobacco products (HTPs) is almost certain in the House of Representatives with 154 lawmakers sponsoring the proposed measure that aims to establish a clear and effective law governing non-combustible alternatives to cigarettes.

Rep. Sharon S. Garin, one of the 154 proponents of House Bill No. 9007, said the proposed measure aims to regulate the manufacture, use, sale, packaging, distribution, advertisement and promotion of electronic nicotine and non-nicotine delivery systems (ENNDS) and HTPs in the country.

Rep. Alfredo A. Garbin Jr., a co-author of the bill, noted that the principle tobacco harm reduction is reflected in the declaration of policy to underscore the need to regulate tobacco and nicotine-containing products proportionate to the risk these products have on the consumer.

“This measure is co-authored by 154 of our colleagues. Let me also inform the body that this bill was approved with an overwhelming 102 affirmative votes with only 12 negative votes and two abstentions  after extensive discussions by the Joint Committees of Trade and Industry and Health,” Garin said in her sponsorship speech.

“First, although the country is already experiencing a proliferation of sale and use of HTPs and vaping products among Filipino consumers, we do not have a clear and effective law and regulation, including product standards that should govern these products. Thus, through the passage of this bill, we fill this gap on regulation,” she said.

Garin said the bill also aims to address the unintended or potential adverse consequences on the use of these products. “Thus, we have included in this bill, mechanisms on controlling safety risks and preventing youth uptake of all tobacco and nicotine products,” she said.

“Finally, by recognizing the principle of harm reduction, we envision that this bill will contribute in the protection of public health, not only for the non-smokers but also for the current adult Filipino smokers,” she said.

Covered by the measure are vapes with open tanks and closed systems with pods and the only HTP in the Philippines today IQOS from Philip Morris International. E-cigarettes heats liquid nicotine while IQOS heats real tobacco to release nicotine in vapor form.

In his own sponsorship speech, Garbin said tobacco harm reduction is a principle supported by the Royal College of Physicians (RCP) in the United Kingdom. In 2007, the RCP reported that harm reduction is a fundamental component of many aspects of medicine and, indeed, everyday life, yet for some reason effective harm reduction principles have not been applied to tobacco smoking.

In 2016, the RCP released a report which discussed the public health opportunities of vaping (e-cigarettes) as part of tobacco harm reduction.

“Although it is not possible to precisely quantify the long-term health risks associated with e-cigarettes, the available data suggest that they are unlikely to exceed 5 percent of those associated with smoked tobacco products, and may well be substantially lower than this figure,” the RCP said.

Garbin said that aside from the UK, other countries also embrace this view on nicotine and harm reduction. Former US Food and Drug Administration Commissioner Dr. Scott Gottlieb announced in one of his speeches that “nicotine is not directly responsible for the cancer, lung disease and heart disease that kill hundreds of thousands of Americans each year… it’s the other chemical compounds in tobacco, and in the smoke created by setting tobacco on fire, that directly and primarily cause the illness and death, not the nicotine.”

“The governments of Canada and New Zealand has now also recognized the potential benefit smokers can gain when switching to vaping. Their decision to adopt such policies is anchored on decades of research on the subject of nicotine, e-cigarettes, tobacco and harm reduction,” Garbin said.

Garin said that as of 2020, 75 countries already have laws regulating the sale of vaping products.  About 36 countries were banning these products in 2020, down from 39 in 2018, with Norway the latest country to reverse its policy from a ban to regulation.

Garin assured that after listening to the concerns of public health advocates, especially on the issue of youth uptake, HB 9007 was designed to have provisions on minimum age and purchase, tamper-resistant and child resistant design; and proof of age verification.

It also has provisions on product communication restrictions, restrictions on vapor products and HTP promotions and ban on sponsorships. Additional provisions were made on public place use, standards for designated vaping areas and huge penalties for erring companies.

The Senate is also deliberating on its own version of the bill.

Under existing laws, the sale and use of vapor products and HTPs are allowed in the Philippines, subject to excise taxes.  These laws include Republic Act No. 11347, RA 11467 and Executive Order No. 106.