Brace for slow traffic in parts of NLEx in Bulacan, motorists advised 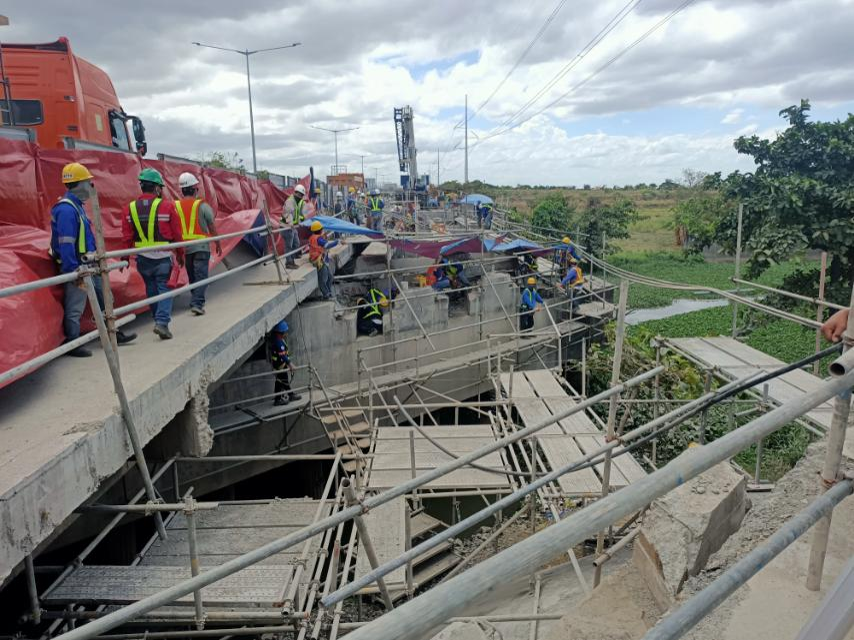 The ongoing rehabilitation of the 64-meter Bigaa bridge in the Balagtas area of the North Luzon Expressway (NLEx) is causing slower traffic in the area but will improve travel once completed, according to NLEx Corp. ( Photo courtesy of NLEx Corp.)

CITY OF MALOLOS –– The North Luzon Expressway (NLEx) Corp. has advised motorists to brace for slow traffic in the Balagtas and Meycauayan parts of the expressway due to the bridgework.

Appealing for patience among motorists, NLEx Corp. President and General Manager J. Luigi L. Bautista said the rehabilitation of the 45-meter Meycauayan bridge is targeted for completion by September this year.

The rehabilitation of the 64-meter Bigaa bridge in the Balagtas area is expected to be finished by August.

The rehabilitation, which will last for six months, aims to provide safer and smoother travel, Bautista said in a statement Thursday, May 20.

To keep the traffic flowing as efficiently as possible, he said work on both bridges would be undertaken in stages, beginning with the southbound portion, to be followed by the northbound portion.

Three lanes have remained passable to motorists while work is ongoing.

“Motorists may experience temporary delays since lane closures and counterflow are being implemented in the said areas,” Bautista said.

Motorists were also advised to plan their trips while allowing for a slightly longer travel time.

“We’d like to assure our motorists that we will do everything possible to complete the work on time while ensuring public safety and minimizing traffic slowdown,” Bautista said.

He added: “We always look after the safety and convenience of our motorists. Both bridges were built in the 1960s, and it is high time that we replace the girders and slabs to strengthen the structures,” Bautista said.

During the rehabilitation, the tollway company will field patrol officers and marshals to manage the flow of vehicles and will place traffic signs and other warning devices at strategic locations to better guide motorists.

Traffic updates and lane closure schedules are announced via the social media accounts of NLEx Corp.

Motorists may likewise call the hotline 1-35000 for updates or concerns.