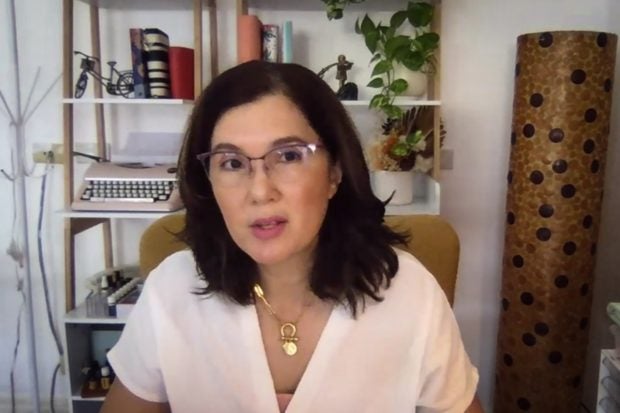 During her interpellation of a bill seeking to create the Philippine Boxing and Combat Sports Commission, Cayetano asked Pacquiao, who is sponsoring the measure, how much it would cost to put up the said body.

According to Pacquiao, around P100 million to P150 million will be needed to establish the commission’s offices across the country.

But Cayetano questioned the need to put out such an amount when the country was still reeling from the COVID-19 pandemic.

“I love the athletes…and definitely, I want our boxers to be safe, but I’d like that P150 million to be put into good use, especially during this time of COVID,” she said.

“That’s P150 million for an administrative function that is already existing in GAB [Games and Amusements Board]. But then it’s painful because we don’t have extra funds now and yet we will put up administrative offices. So it’s a bit weighty for me to be able to support at a time like this,” she added, speaking partly in Filipino.

Further, Cayetano pointed out that the P150 million initially needed to put up the proposed commission should the bill be enacted would be higher than the whole budget of the GAB.

“That budget for boxing and combat sports alone is equivalent to the entire budget of GAB for all the other sports. How can we justify that?” she asked.

Pacquiao then pointed out that the estimated initial funding for the proposed commission would only be needed for setting up offices.

“So it’s the prerogative of DBM [Department of Budget Management] because it will lower that one the offices had been established,” he said.

Before this, Pacquiao had stressed the need to create a separate commission that would focus on boxing and combat sports.

He cited his own experience as well as of other boxers, who he said retired from the sport without pension or benefits.

“I’m hoping that the other professional boxers when they retire, will get something, will have a group helping them, will have benefits. That’s why this commission is very important,“ he said.

“Those who will retire from boxing poor and crippled, all without a pension, without benefits, they are the reasons that I want people to understand. I’m not attacking GAB. That’s my experience in my boxing career ko. I’m 42 years old. I started boxing [at] 12 years old. So maybe for more than half of my life, I was boxing. I know the situation of boxers,” he added.

Cayetano then proposed that a pension and benefits could be given to boxers and combat sports athletes through additional funding to GAB.

“For a much smaller amount — say P30 million, P20 million — we could easily work on increasing the budget of GAB and that would now be a fund for the health and retirement of athletes especially those who are placed, whose careers are at risk, because of the risk that they take by the nature of their sport,” she said.

Read Next
PH internet speeds continue to improve as of April 2021, NTC says
EDITORS' PICK
Smart celebrates all kinds of ‘#SimplyLove’ for Pride Month
WATCH: INQside Look with Fil-Am actress Aina Dumlao
SWS: Over 12M Filipinos still jobless as of May 2021
SANTIS Delicatessen: The road to survival is sweet and savory
Smart brings KCON:TACT especially 4U to subscribers from June 19 to 27
Dizon: 40 of 119 ‘Build’ projects done by 2022
MOST READ
William Martinez sometimes feels his kids ‘don’t remember’ him anymore
De La Hoya warns Spence: Be careful of Pacquiao
Mayor vs mining ‘guilty of oppression’
DOTr expects SMC’s P735-B airport project to break ground within next 60 days
Don't miss out on the latest news and information.