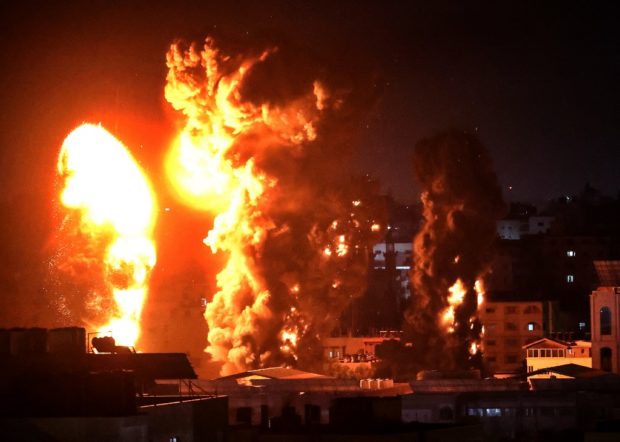 Mayor Majul Gandamra said the people of the Islamic City of Marawi were in solidarity in condemning “injustices and violent acts against humanity of any kind” and expressed dismay over the “hostilities and violence committed by the Israeli government against the Palestinian people.”

“We thus stand with other Islamic and peace-loving countries that are praying for a stop to the hostilities and for a just, equitable and peaceful solution to the strife,” Gandamra said in a message posted on social media on Sunday.

“We, ourselves, experienced the devastating effects that such a conflict could bring to both sides, having experienced one of the worst sieges in the history of our country,” Gandamra said.

He was referring to the five-month Marawi siege in 2017, when thousands of Maranaos fled this city following the attack by Islamic State-inspired Dawlah Islamiya, who occupied the city’s main business hub that triggered a fighting with government soldiers that lasted five months.

Although the Philippine government’s combat operations drove away the militants and killed its leaders towards the end of its fifth month, the fighting destroyed billions of pesos worth of properties inside the 250-hectare area that used to be the city’s commercial hub.

Earlier, the Philippine government promised to finish the rehabilitation of the city by December this year to appease displaced residents who had been kept from returning home four years after the conflict.

“While it can be said that our experience with armed conflict lasted only half a year, we are fully aware of the far, long-reaching effects it can bring,” Gandamra said. “It is something that we do not wish to happen to others.”

Meanwhile, the Lanao del Sur government posted a statement on its website also calling on Muslims around the world to stop the violence inflicted on Palestinians.

“We join the call to all Muslims around the world to cease the brutality and violence inflicted by Israel on the state of Palestine,” said the statement.

“We demand from the Israeli government to put an end to this merciless killing and annihilation of innocent Palestinians and stop its continuous illegal occupation. Respect Islam and give Palestine the peace it has always deserved,” the statement said.

On Monday, Israeli warplanes continued to unleash a series of airstrikes at various locations in Gaza City.