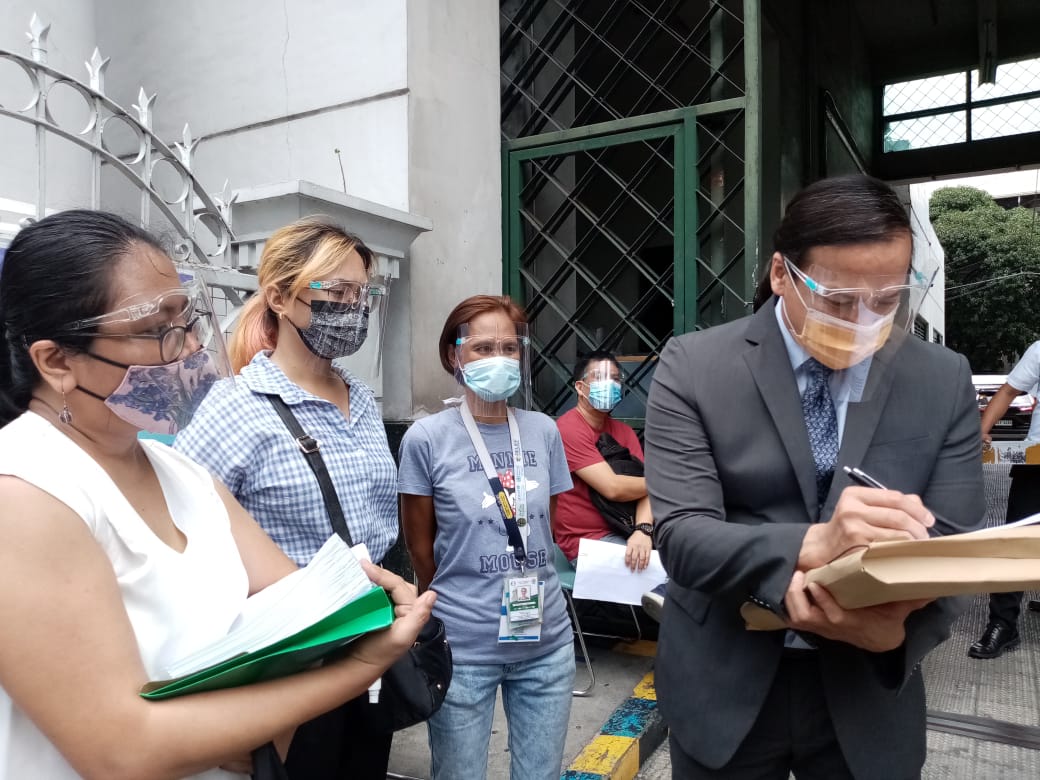 MANILA, Philippines — Advocacy groups and human rights defenders on Tuesday urged the Supreme Court to come up with measures that will also protect not only members of the legal profession but of advocates as well.

In a submission to Chief Justice Alexander Gesmundo, they said based on the report submitted by the National Union of Peoples’ Lawyers (NUPL), 84 of the 147 incidents of attacks or 57 percent were committed against lawyers engaged in human rights and public interest litigation.

“These attacks against human rights lawyers violate the basic principle that lawyers shall not be identified with their clients or their clients’ causes as a result of discharging their functions,” read the letter.

They urged the high court to also look into the attacks suffered by the clients and know the government policies that caused them.

They said, since the time of the Arroyo administration, the government has been engaged in a “dirty war” against unarmed activists by publicly labeling legal organizations as “communist fronts.”

The high court already came up with the Rule on the Writs of Amparo and Habeas Data. In 2007, the high court also overturned the prosecution of progressive party-list representatives Crispin Beltran, Rafael Mariano, Joel Virador, Teodoro Casiño, Satur Ocampo, and Liza Maza for rebellion.

However, despite the ruling and issuances, advocates are continuously being tagged as having terror ties. Some have been arrested and detained while others have been threatened and attacked.

READ: SC condemns lawyer killings, threats: These are ‘no less than an assault on the Judiciary’

Review of rules, safeguards, other recommendations

In the letter, they urged the high court to take a second look at existing rules on the writs of amparo, habeas data, habeas corpus, and other pre-detention and pre-trial remedies.

They said labeling or red-tagging being done by the government now has expanded from activists to members of the media and other sectors. They also sought safeguards in the issuance and service of warrants following incidents that lead to the death of nine individuals last month.

The following are the measures sought by the advocates before the Supreme Court:

Others who joined in the submission include Marites Asis, the mother of political prisoner Reina Mae Nasino who was arrested on the basis of a questionable search warrant in Manila; Rosenda Lemita, mother of Ana Marie Evangelista who was killed during the “Bloody Sunday” raid in Batangas; and Rosalinda Salundanga whose relatives were also killed in the “Bloody Sunday” raid in Rizal.

Also signatory to the submission is Cordillera People’s Alliance chair Windel Bolinget who was the subject of an arrest warrant in a case he was not even notified of and provided preliminary investigation; Beatrice Belen, also a Cordillera activist who was arrested but later released after the trumped-up charges were dismissed; and Jenelle Buan,  daughter of peasant leader Joseph Canlas who recently died from COVID-19 after his arrest on another questionable search warrant operation in Angeles, Pampanga.