MANILA, Philippines — “Benham Rise is exclusively Philippine property. I have made it clear to all, to the world: I will not allow any intrusion there,” President Rodrigo Duterte said in a taped public address that aired on Monday night.

“Well, of course, the right to innocent passage is everybody’s privilege, but to allow anybody even to just try to exploit or to look, I will not allow them to do that — because Philippine Rise belongs to the Filipino people,” Duterte added.

This was Duterte’s response to the suggestion of former Senate President Juan Ponce Enrile who attended the briefing. Enrile suggested that “we get what we can get from China on the West Philippine Sea.”

“Use it to strengthen our military capability and exploit Benham Rise, Philippine Rise,” Enrile, who was also a secretary of defense, told Duterte.

Benham, or the Philippine, Rise lies off the eastern coast of Luzon. China insists, however, that the Philippines cannot claim Benham Rise as its own, despite its being recognized by the United Nations as being part of the continental shelf of the Philippines. 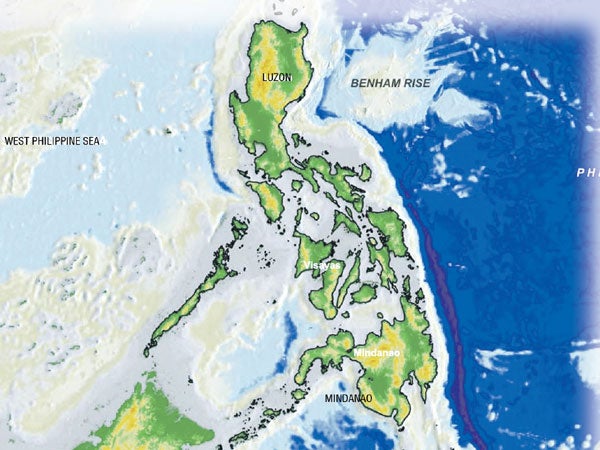 The Philippines is the only claimant to Benham Rise, which covers 13 million hectares of an undersea region that contains huge natural gas deposits.

Recently, the Philippines started to take a more concrete step to strengthen its claim over the area. The Philippine Coast Guard is set to install the first three of 10 lighted ocean buoys to mark the Philippine Rise as part of the country’s exclusive economic zone.

The government has previously mulled putting up structures at the Philippine Rise to signify the country’s ownership.

It was in May 2017 when Duterte changed the name of Benham Rise to Philippine Rise to emphasize the country’s sovereign rights and jurisdiction over the area.

IN THE KNOW: Benham Rise