MANILA, Philippines — Former senate president Juan Ponce Enrile has claimed there is no need to bring the Philippines’ arbitral tribunal victory to the United Nations (UN), saying that the international body is very knowledgeable about it.

Enrile, however, disagreed with Duterte’s position that the Philippines’ victory against China before the UN-backed Permanent Court of Arbitration (PCA) based in The Hague, Netherlands, has become “meaningless.”

Duterte has invited Enrile to grace his pre-recorded “Talk to the People,” which was aired on Monday night, and talk about the West Philippine Sea (WPS) issue.

Nevertheless, Enrile, who was also defense minister during the martial law era, also admitted that there is no reason to push Duterte to bring up the arbitral win before China or the UN. 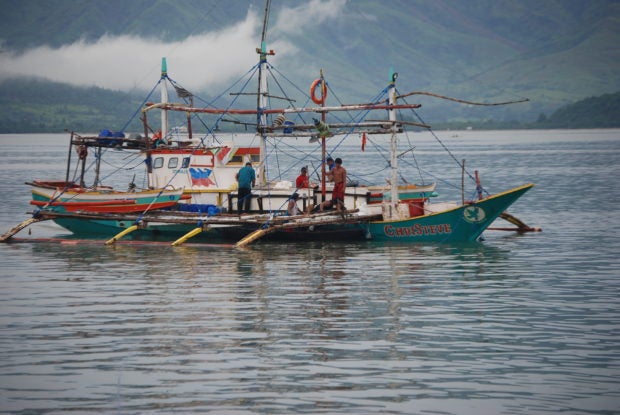 Fishermen from Subic, Zambales prepare their boats for another fishing trip to Scarborough Shoal moments after the Permanent Court of Arbitration in The Hague favored the Philippines on its territorial dispute with China. (Allan Macatuno)

Enrile further noted that the UN is not a world government where countries can comply and expect justice through the enforcement of laws — because the international body has no police power.

Enrile was reacting to assertions from Duterte’s critics, particularly former senior associate justice Antonio Carpio and former foreign affairs secretary Albert del Rosario, who urged the administration to utilize the PCA ruling, which was handed down in July 2016 – already during the term of Duterte, to insist and defend the Philippines’ rights over the West Philippine Sea.

After a standoff at the Scarborough (Panatag) Shoal in 2012, which resulted in the Philippines withdrawing from the area, the country filed a complaint against the Asian superpower before the PCA.

READ: Only China to blame for PH loss of Panatag, says ex-DFA chief

The PCA then decided that the Philippines has exclusive rights on the West Philippine Sea and that China’s nine-dash line claim has no historical and legal basis.

Duterte has been criticized for setting aside the PCA decision, and even saying in a recent briefing that the historic arbitral victory is a mere piece of paper that can be thrown in the wastebasket.

As Carpio and del Rosario insist on raising the PCA decision, Duterte insisted that further bringing up the ruling would only spell trouble, as China had supposedly raised the possibility of conflict should issues escalate.