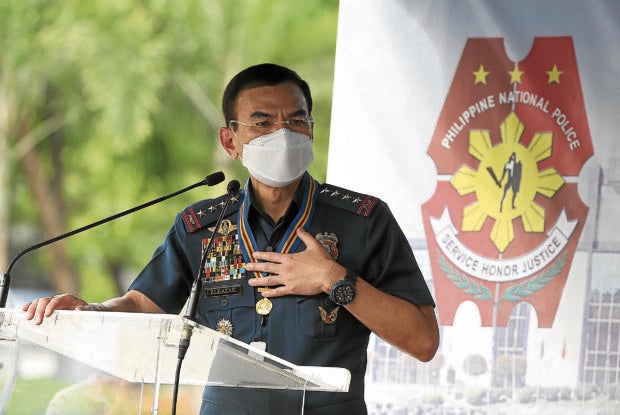 MANILA, Philippines — The Philippine National Police and the Philippine Drug Enforcement Agency (PDEA) met over the weekend following last Friday’s near misencounter between their operatives at a Quezon City mall parking lot.

Lt. Gen. Guillermo Eleazar, the PNP chief, and Wilkins Villanueva, director-general of PDEA, held a conference on Saturday in Camp Crame attended by senior officials of the two agencies.

Eleazar said the top-level meeting was intended to thresh out concerns over gaps in coordination and interoperability between the agencies, which are in the front line of the war on drugs.

“Illegal drugs syndicates are taking advantage of the weaknesses or gaps in the rules of procedure on coordination and interoperations between the PNP and the PDEA. With PDEA, we will focus on these to avoid future incidents,” Eleazar noted.

Both sides stood down after ascertaining they were from law enforcement agencies conducting legitimate operations.

But their supposed buy-bust operations failed after their targets were spooked by the standoff.

It would have been the second time agents of the two agencies figured in a misencounter since February when operatives of the PNP and PDEA engaged in a shootout near a mall along Commonwealth Avenue, also in Quezon City, where two policemen, a PDEA agent and an informant were killed.

According to the Quezon City police, the special operations unit of Station 6 in Batasan Hills launched a buy-bust operation near the Ever Gotesco Mall late in the afternoon of Feb. 24.

But the people they wanted to entrap were actually agents of PDEA’s Special Enforcement Service agents.

The incident infuriated officials from both agencies and they publicly blamed each other in television interviews for the fatalities. They later clammed up about the incident and referred to a board of inquiry that investigated the matter.

But the findings of the board were not made public.

Eleazar, however, said they would look into the second incident. He did not elaborate.

“We will look into this issue beyond coordination concerns,” he said, adding such incidents should no longer happen.