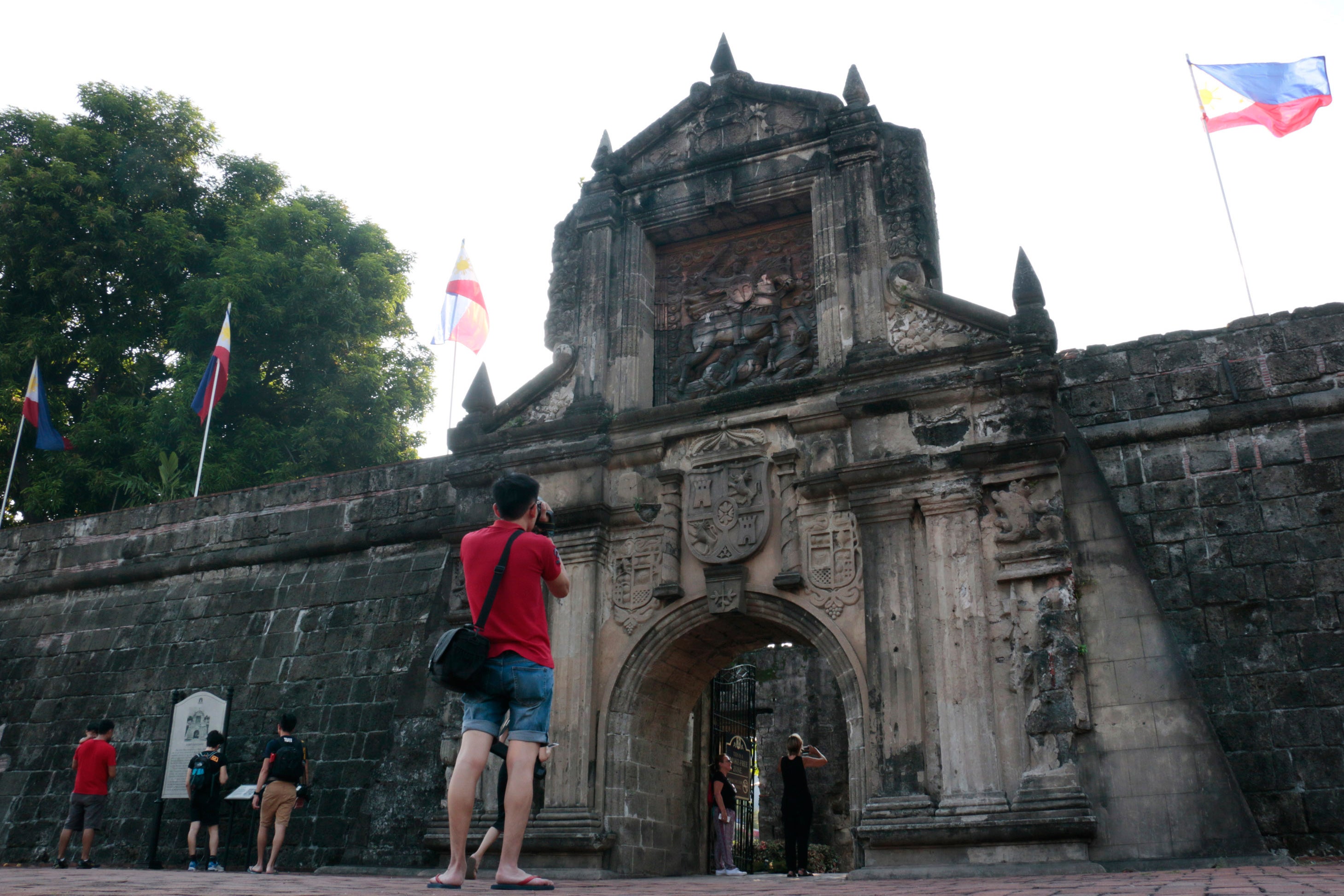 A tourist takes a photo at Fort Santiago in Manila on June 16, 2017. / AFP PHOTO / JOSEPH AGCAOILI

MANILA, Philippines — Intramuros, the walled city in Manila, will re-open two of its sites starting Monday, following the imposition of General Community Quarantine (GCQ) in Metro Manila and adjacent provinces, the Department of Tourism (DOT) announced on Sunday.

READ: Why you should check out Intramuros now

“The re-opening of Fort Santiago and Baluarte San Diego will allow visitors to again experience the World’s Leading Tourist Attraction as recognized by the prestigious World Tourism Awards,” Puyat said in a statement.

Fort Santiago is only set to accommodate 200 visitors, while Baluarte de San Diego garden will allow 100 visitors at a time, both below the 30 percent threshold allowed by IATF, according to DOT.

The entrance fee for both tourist attractions is at P75, with seniors, students, and persons with disability entitled to a discounted price of P50. Tourists may pay in cash or via Beepcard or PayMaya.

Historical park Fort Santiago houses well-preserved legacies from the Spanish colonial period including memorabilia of national hero José Rizal at the Rizal Shrine and a replica of his ancestral house in Laguna province.

Baluarte de San Diego, which dates back to the end of the 16th century, was constructed as part of the fortifications of the walled city and was primarily designed to repel invasions.

Meanwhile, sites like the dungeons, Museo ni Rizal, ASEAN gardens and other Intramuros sites are still off-limits to the public.

Some 3.3 million tourists visited the walled city in 2019, according to the Tourism Department.