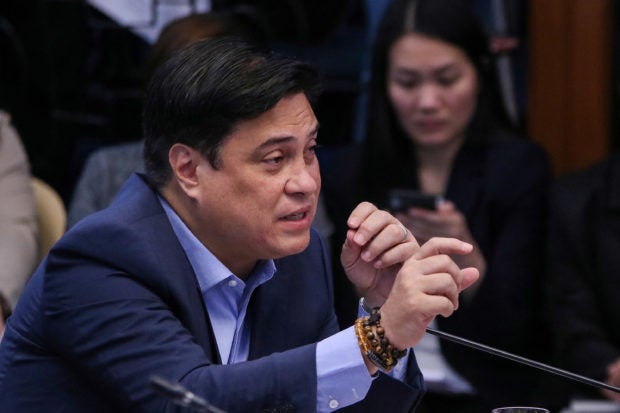 MANILA, Philippines — Senate Majority Leader Juan Miguel Zubiri urged the government on Saturday to keep the momentum of its COVID-19 vaccination program going by immediately inoculating economic and government frontliners, who are under the A4 category in the priority list.

Zubiri made his appeal in a statement directed at the Inter-Agency Task Force on Emerging Infectious Disease and the Department of Health.

He noted that the country already had five million doses of COVID-19 vaccines, with more expected to be delivered in June. For this development, he thanked Secretaries Carlito Galvez Jr. and Vince Dizon, chief implementer and deputy implementer, respectively, of the National Task Force Against COVID-19.

But the vaccines, Zubiri pointed out, would have to be used as soon as possible.

“If we want to achieve herd immunity we need to start vaccinating as many vulnerable people as possible. And frontline workers both in the private sector and in the government sector are easily prone to contamination and thus need to be vaccinated as well,” he added.

He said he supported the stand of Galvez and Dizon — that vaccinating those in the A4 priority would ensure that vaccination centers would be fully utilized and would bring the number of vaccinations to 100,000 individuals a day.

At the same time, the top priority group should remain, he said. These are the health workers, senior citizens, and those with co-morbidities.

“[They] should be given a fast lane at these centers so they need not line up anymore,” Zubiri said.

Finally, he urged the government to widen the coverage of the vaccination program, considering that a spike in cases outside the so National Capital Region Plus bubble, which is composed of Metro Manila, Bulacan, Rizal, Cavite, and Laguna.

Among these areas are Central Luzon and Northern Luzon.

“Many of these areas haven’t even started vaccinating their senior citizens due to the lack of delivery of vaccines. With this new batch of imported vaccines, we can now augment the stocks all over the Philippines,” Zubiri said.

“We need to work together now more than ever to prevent an India-like scenario for our country and the best way forward aside from the proper health protocols is to vaccinate, vaccinate, and vaccinate as many people as possible,” he went on.

“The survival of our economy and our country does not lie solely with our government but in each and everyone one of us to do what is right and responsible,” he said.

The DOH’s case bulletin on Friday showed that the country has so far confirmed a total of 1,131,467 COVID-19 cases.