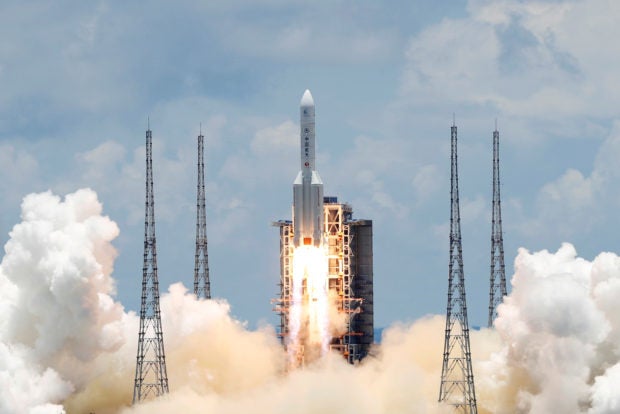 BEIJING  – An uncrewed Chinese spacecraft successfully landed on the surface of Mars on Saturday, state news agency Xinhua reported, making China the second space-faring nation after the United States to land on the Red Planet.

The Tianwen-1 spacecraft landed on a site on the Southern Utopia Plain, “leaving a Chinese footprint on Mars for the first time,” Xinhua said.

It said the landing process consisted of “nine minutes of terror” as the module decelerates and then slowly descends.

A solar-powered rover, named Zhurong, will now survey the landing site before departing from its platform to conduct inspections. Named after a mythical Chinese god of fire, Zhurong has six scientific instruments including a high-resolution topography camera.

The rover will study the planet’s surface soil and atmosphere. Zhurong will also look for signs of ancient life, including any sub-surface water and ice, using a ground-penetrating radar.

Tianwen-1, or “Questions to Heaven”, after a Chinese poem written two millennia ago, is China’s first independent mission to Mars. A probe co-launched with Russia in 2011 failed to leave the Earth’s orbit.

The five-tonne spacecraft blasted off from the southern Chinese island of Hainan in July last year, launched by the powerful Long March 5 rocket.

After more than six months in transit, Tianwen-1 reached the Red Planet in February where it had been in orbit since.