US objects to UN meeting on Israel, Gaza on Friday – diplomats 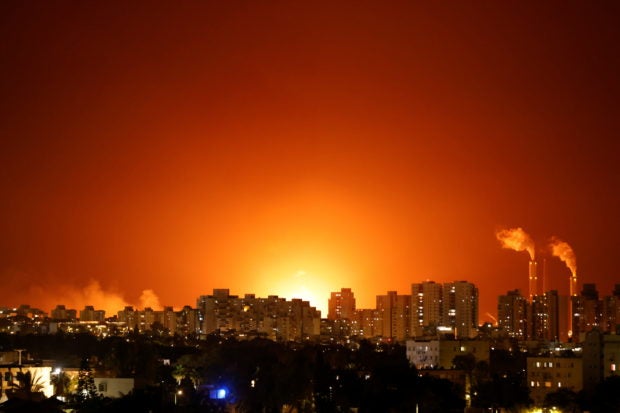 A large fire is seen near the scene of what officials said was a Gaza rocket attack on an Israeli energy pipeline near Ashkelon, Israel, May 11, 2021. REUTERS/Amir Cohen

NEW YORK, May 13 — The United States has objected to a request by China, Norway, and Tunisia for a public, virtual meeting of the United Nations Security Council on Friday to discuss the worsening violence between Israel and Palestinian militants, diplomats said.

The United States, a close ally of Israel, cited diplomatic efforts as the reason for the objection, saying a council discussion would not be productive, but left the door open for a possible meeting on Tuesday, the diplomats said.

“The United States communicated support for an open meeting in the Security Council early next week in order to give space to diplomatic efforts underway at the highest levels to de-escalate tensions and move toward a ceasefire,” said an official at the U.S. mission to the United Nations.

The 15-member council has met privately twice this week on the worst hostilities in the region in years, but has so far been unable to issue a public statement because the United States did not believe it would be helpful, diplomats said.

Such statements are agreed upon by consensus. All 15 council members also have to agree to a meeting under rules guiding the body’s virtual operations during the COVID-19 pandemic.

Israel unleashed its offensive on militants in Gaza after Hamas fired rockets at Jerusalem and Tel Aviv in retaliation for Israeli police clashes with Palestinians near al-Aqsa mosque in East Jerusalem during the Muslim fasting month of Ramadan.

Worried hostilities could spiral out of control, the United States is sending an envoy to the region. Truce efforts by Egypt, Qatar, and the United Nations have so far offered no sign of progress.

“The Security Council and international community should do its utmost to contribute to avoid a full-scale crisis,” Norway’s U.N. Ambassador Mona Juul said on Wednesday.

Read Next
‘Red-tagging at its finest’
EDITORS' PICK
EDITORIAL: OFWs save the day
Incoming 40 million doses of Pfizer COVID-19 vaccine key to herd immunity – Galvez
Smart celebrates all kinds of ‘#SimplyLove’ for Pride Month
Smart brings KCON:TACT especially 4U to subscribers from June 19 to 27
Gilas out to prove Korea win not a fluke; Tab fires back at ‘lucky shot’ remark
Booker sizzles as Suns beat Clippers in Game 1 of Western Conference finals
MOST READ
Probe troll farms, lawmakers urge
No plot to oust Pacquiao as PDP-Laban president in July meeting — Nograles
Handcuffed for 123 days, Ukraine couple splits
PAL to ax some long-haul flights to slow bleeding
Don't miss out on the latest news and information.