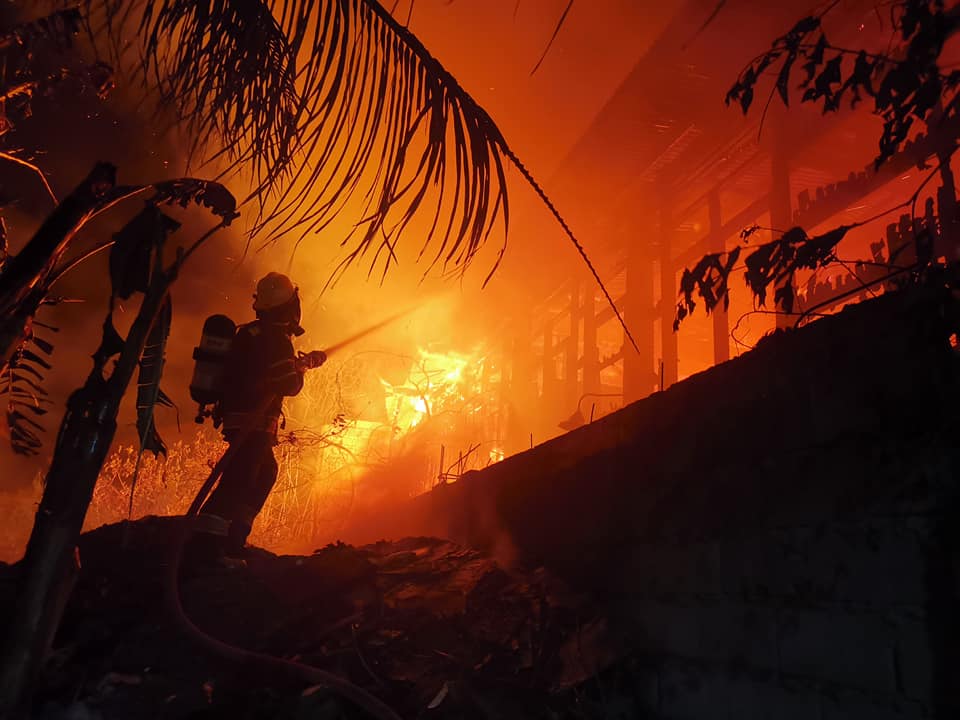 A firefighter helps put out the blaze that destroyed a house in Tuguegarao City on Wednesday (May 12) night. PHOTO FROM BFP-TUGUEGARAO CITY

TUGUEGARAO CITY—A fireman was slightly wounded after he was hit by debris from a burning window while he was helping put out a fire here late on Wednesday (May 12).

Fire Officer 1 Herson Ramos was immediately rescued and brought to a hospital where he was treated for a minor shoulder injury.

Four fire trucks managed to put out the blaze, which began around 7 p.m. on Lakandula Street at Barangay San Gabriel around 8 p.m.

No one was inside the house as the owner was staying in another place while a caretaker visits the site only to clean.

Firefighters said they believed that the blaze was caused by the pile of garbage near the house that caught fire.