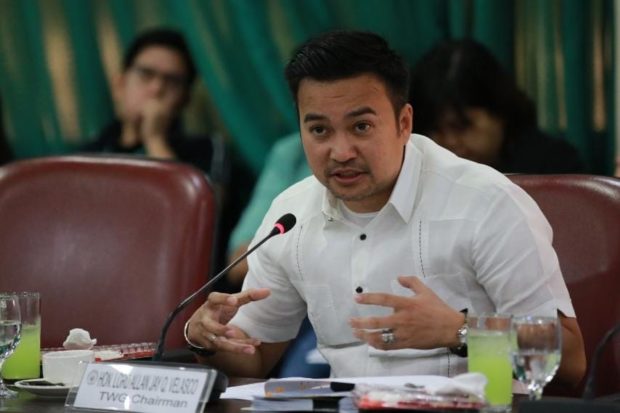 Velasco, one of the authors of the proposed Bayanihan to Arise As One Act or Bayanihan 3, said that providing each household P10,000 cash aid would not be equitable, especially when there are households which have a lot of members who will divide the amount.

“Sa economic team naman namin in Congress, napag-aralan namin na it would be equitable. Mas equitable kasi siya kapag P1,000 per person so no Filipino will be left behind,” Velasco said in an interview.

(The studies of our economic team in Congress have shown that providing each person P1,000 is equitable. It’s more equitable because no Filipino will be left behind.)

“If you give P10,000 to every Filipino family, parang unfair kasi sa iba. When we look at certain households, hindi naman pare-parehas lahat so sometimes a certain household has three members lang, four members, five members and then we give them P10,000 then you compare it to another family composed of around 12, eight, or 15 tapos you give them the same amount na P10,000—so walang equity,” the House Speaker added.

(If you give P10,000 to every Filipino family, it would seem unfair to others. Not all households are the same because certain households have three, four, or five members then you compare it to another family composed of around 12, eight, or 15 members and you give them the same amount of P10,000—there is no equity.)

Velasco said that aside from this there is additional cash assistance for other sectors such as teachers and students.

(It’s well-targeted with Bayanihan 3. We hope that our colleagues in the House can understand because this is almost the same with their proposals.)

Among those who opposed the proposed P1,000 per Filipino financial aid under the Bayanihan 3 was former House Speaker Alan Peter Cayetano, who said that the proposed budget for the third Bayanihan measure is enough to cover the distribution of P10,000 per household.

Cayetano earlier filed a measure which proposes to distribute P10,000 to every Filipino family.