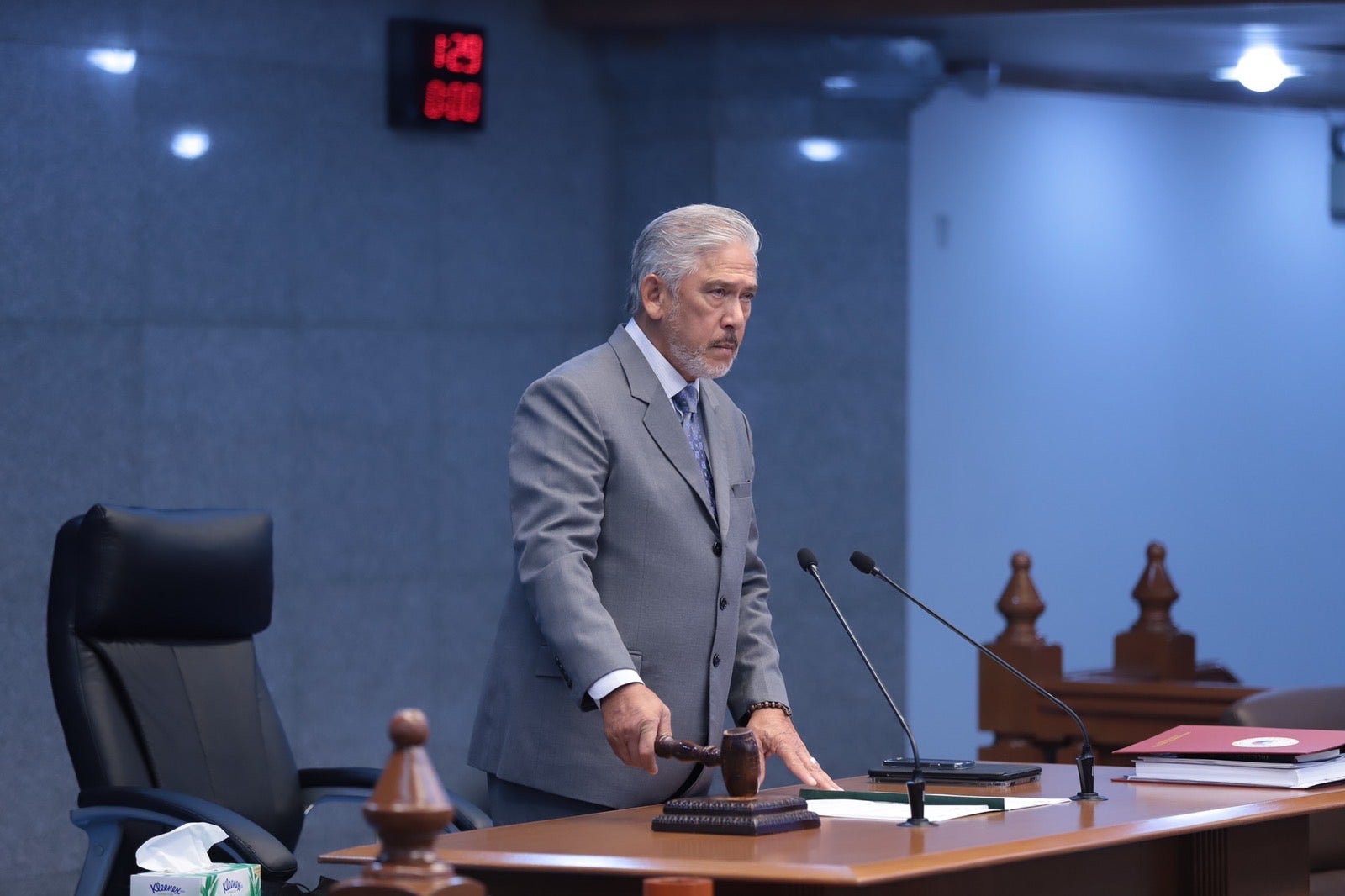 (FILE) Senate President and Commission on Appointments (CA) Chairman Vicente Sotto III presides over the CA hybrid plenary session on the confirmation of the nominations and appointments of 33 senior officers in the Armed Forces of the Philippines. (Henzberg Austria/ Senate PRIB)

According to Sotto, the proposed creation of the overseas Filipinos department, the Public Service Act and Retail Trade Act are among the priority measures of the upper chamber.

“I will propose to have sessions on Thursdays which we had in the Old Congress so we can have 12 days instead of 9,” the Senate leader said in a message shared with reporters on Thursday.

After its resumption on May 17, Congress will have less than three weeks to tackle measures before it adjourns sine die from June 5 to July 25.

At present, the Senate holds plenary sessions – where the chamber deliberates and votes on measures – from Mondays to Wednesdays only.

Several senators have expressed support for Sotto’s proposal to have more days for plenary sessions.

Senate President Pro Tempore Ralph Recto said he is “amenable” to the idea “but will surely discuss this in a caucus.”

“Will support this move of the Senate leadership,” Senator Panfilo Lacson said.

For his part,  Senator Sonny Angara said: “I’m ok [with] that since we have committee hearings on Thursdays and sometimes Fridays even so that’s good time management to tackle and pass more measures.”

“We have several major priority bills. The Public Service Act (PSA) is a priority measure and under my committee. This complex and oftentimes contentious bill, will require extensive scrutiny and debates for the body to come up with the most equitable version of the bill we hope to pass into law at the soonest possible time,” said Poe, chairperson of the Senate public services committee.

“The PSA is expected to encourage more foreign investments to aid our economy and create the much-needed employment especially at this time,” she added.