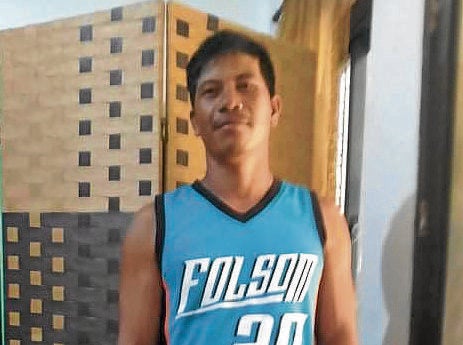 DAGUPAN CITY, Pangasinan, Philippines — The fisherman who took to heart then presidential candidate Rodrigo Duterte’s campaign promise in 2016 to assert sovereign rights over Philippine waters is dismayed that it was only a campaign joke

In the final presidential debate held at the University of Pangasinan and aired on television, Carlo Montehermozo, 37, asked Duterte what he intended to do about the incursion of Chinese ships in the West Philippine Sea should he win.

Montehermozo said on Wednesday that he naturally felt bad — “Syempre masakit ang loob ko” — to hear President Duterte say early this week that his claim of riding a jet ski to plant a Philippine flag in the disputed Spratlys was “a pure campaign joke” and that those who believed it were “stupid.”

“All the other fishermen who go to Karboro (Scarborough or Panatag Shoal) felt the same,” he told the Inquirer in Filipino in a phone interview.

Montehermozo said he was among the local fishermen who had experienced harassment by China’s coast guard at the shoal. He said that while it was the ABS-CBN reporters who picked him from the audience to pose a question to the candidates, the question was not fed to him.

“It was my own question,” he said. “I really wanted to know what he could do to help fishermen like us.”

He said he was happy about Duterte’s response — and even voted for him.

Asked how life had been since then, Montehermozo said: “Nothing has changed. We’re still taking risks when we go fishing.”

He said he and his fellow fishermen had expected the President, not to ride a jet ski to the West Philippine Sea, but to do as promised—to protect them and Philippine territories.

Born in Barangay Cato in the town of Infanta facing the West Philippine Sea, Montehermozo began working in fishing boats during summer vacations when he was still in grade school.

Reneging on his duty

“I do not want them to end up like me who reached only first year in high school,” Montehermozo said.

He said he and other fishermen were still hoping to return to the shoal, a rich fishing ground, without being threatened and shooed away by China’s coast guard.

At the House of Representatives, Albay Rep. Edcel Lagman chided the President for his “pure campaign joke.”

“Admitting a hyperbolic joke does not mitigate Duterte’s reneging on his sworn constitutional duty to uphold the country’s sovereign rights in the West Philippine Sea,” Lagman said in a statement.

“Of course no one believed that the President would physically jet ski to plant the Philippine flag in the Spratlys Islands, but the electorate clearly understood that candidate Duterte vowed and committed to protect and enforce Philippine sovereign rights in the West Philippine Sea,” the opposition lawmaker said.

Duterte earlier said he had never made a campaign promise to retake the West Philippine Sea amid China’s continued incursions in the resource-rich waterway.

He has repeatedly said that China is in possession of the West Philippine Sea, a claim described as “dangerous” by Antonio Carpio, a retired Supreme Court senior associate justice.

Lagman said defending the West Philippine Sea from Chinese incursions was another of Duterte’s failed campaign promises, like stamping out the drug menace, stopping corruption, solving the traffic gridlock, and mitigating mass poverty, among others.

“The eventual international arbitral decision on July 12, 2016, less than two weeks after President Duterte’s assumption of the presidency, has actualized the symbolism of Duterte’s joke,” Lagman said.

The ruling issued by the Permanent Court of Arbitration in The Hague rejected China’s claim to almost the entire South China Sea.