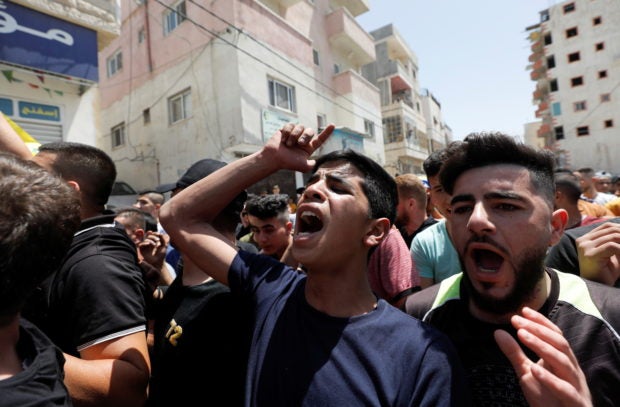 Mourners react as others carry the body of Palestinian man Hussien al-Titi, who was killed during stone-throwing clashes with Israeli forces, during his funeral at Fawwar refugee camp near Hebron, in the Israeli-occupied West Bank, May 12, 2021. REUTERS/Mussa Qawasma

Israel carried out hundreds of airstrikes in Gaza into Wednesday morning as the Islamist group Hamas and other Palestinian militants fired rocket barrages over the border, in the most intense exchange in years that killed at least 35 people.

Erdogan told Putin the international community needed to “teach a deterrent lesson” to Israel, adding that Ankara was working to mobilize this reaction, according to a statement from his office.

Erdogan also called for work to be done on sending international peacekeepers to the region to help safeguard Palestinians, a proposal Turkey has made since 2018.