Pangilinan: Is Roque getting his salary from China? | Inquirer News
Close
menu
search 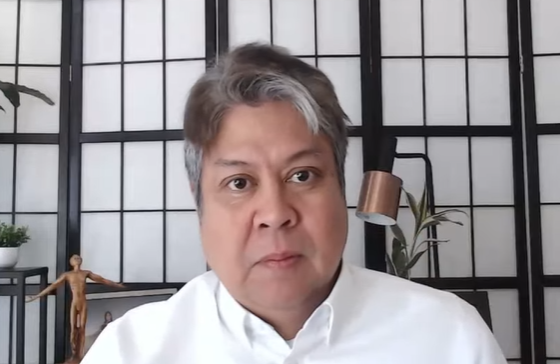 Sen. Francis “Kiko” Pangilinan, during one of the hybrid plenary sessions at the Senate in March 2021. Screen grab / Senate PRIB file photo

MANILA, Philippines — Is presidential spokesperson Harry Roque getting his salary from China?

Senator Francis Pangilinan raised this question on Wednesday after President Rodrigo Duterte’s official mouthpiece asserted that Julian Felipe (Whitsun) Reef had “never” been in the possession of the Philippines and is not within the country’s exclusive economic zone (EEZ).

But the Department of Foreign Affairs (DFA) has clearly debunked Roque’s claim and maintained that Julian Felipe Reef is well within the EEZ of the Philippines.

(Is Roque getting his salary from China? Conflicting pronouncement of Cabinet members only means no one is in charge.)

On Tuesday, Roque downplayed the parking of hundreds of Chinese vessels around Julian Felipe Reef and said the matter was merely being “bloated.”

But Roque’s remark earned the ire of DFA Secretary Teodoro Locsin Jr., who said that the former should leave the subject of West Philippine Sea to him.

But Pangilinan said such instances when Duterte Cabinet members are issuing contradicting statements are not new.

(This is not new. They have their own moves. The presidential spokesperson is saying something that contradicts the statement of the DND Secretary and DFA.)

(China is the only one enjoying and eating popcorn so to speak while watching this kind of management by the executive department of the government.)

Meanwhile, Senator Risa Hontiveros said that it was irresponsible for Roque to say that the country has never been in possession of Julian Felipe Reef.

(The Palace seems to be in a rush to side with China. Why are we giving away the territory of the country instead of strengthening our ownership?)

Echoing Pangilinan’s remarks, Hontiveros said that Roque’s remarks go against the statements of the DND and the numerous protests lodged by the DFA against China’s continued presence in the West Philippine Sea.

“As I’ve repeatedly said before, the Executive must have a clear, consistent, and firm national policy for meeting the challenge of Chinese aggression,” she added.