Nearly a fifth of Earth’s surface transformed since 1960 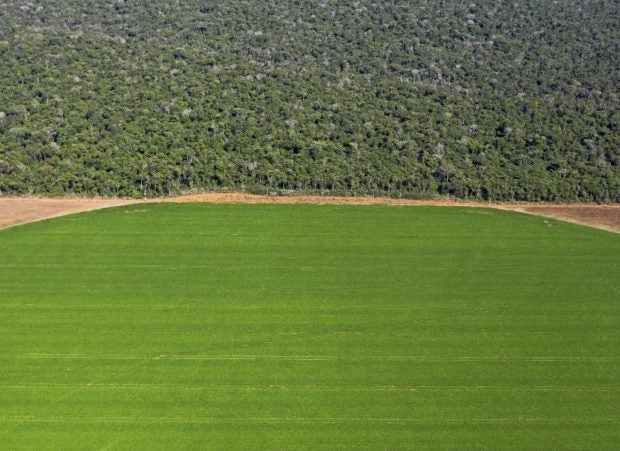 PARIS — Whether it’s turning forests into cropland or savannah into pastures, humanity has repurposed land over the last 60 years equivalent in area to Africa and Europe combined, researchers said Tuesday.

If you count all such transitions since 1960, it adds up to about 43 million square kilometers (16.5 square miles), four times more than previous estimates, according to a study in Nature Communications.

“Since land use plays a central role for climate mitigation, biodiversity and food production, understanding its full dynamics is essential for sustainable land use strategies,” lead author Karina Winkler, a physical geographer at Wageningen University & Research in the Netherlands, told AFP.

Plants and soil — especially in tropical forests — soak up about 30 percent of manmade carbon pollution, so large-scale landscape changes could spell success or failure in meeting Paris Agreement temperature targets.

The 2015 climate treaty enjoins nations to stop global heating at “well below” two degrees Celsius, and 1.5C if possible.

The planet has already warmed 1.2C above the preindustrial benchmark, enough to unleash a crescendo of deadly storms, sea level rise and other impacts.

Since 1960, Earth’s total forest cover has shrunk by nearly a million km2, while areas covered by cropland and pastures have each increased by roughly the same extent, the study found.

Forest areas in the Global North — Europe, Russia, East Asia and North America — have increased in the last 60 years, while forest loss in developing countries of the Global South has been staggeringly high, the study showed.

Conversely, croplands have declined in the north and expanded in the global South, especially to satisfy rich country appetites.

“Tropical deforestation has occurred for the production of beef, sugar cane and soybean in the Brazilian Amazon, oil palm in Southeast Asia, and cocoa in Nigeria and Cameroon,” Winkler noted.

High oil prices — peaking at around $145 per barrel of crude in 2008 — also fueled conversion of forests to bioenergy crops.

The study revealed rapid land use change — driven first by the Green revolution in the 1960-70s, and then by the expansion of globalized markets — up to 2005.

But after a period of fluctuation in global markets, the pace at which land was repurposed slowed.

“With the economic boom coming to an end during the Great Recession (of 2008), the global demand for commodities dropped,” the study noted.

Earlier calculations of land use change since the mid-20th century have fallen short for a number of reasons, Winkler explained.

Datasets were fragmented both in space and time, and based as much on assumptions as concrete measurements. The resolution of satellite data was coarse, and usually only distinguished between two or three categories of land.

The new study drew from long-term land use statistics compiled by the Food and Agriculture Organization (FAO), identifying urban areas, croplands, forests, grasslands, pastures and regions with sparse or no vegetation, such as deserts.

It also used a higher resolution of satellite images — one kilometer squared.

About 17 percent of Earth’s land surface has switched categories at least once since 1960, the study showed.

But sometimes the same piece of real estate changed more than once. If all such transitions are taken into account, the total land surface affected was equivalent to 32 percent.

Of the remaining 149 million km2, about 15 million km2 is permanently covered by ice, leaving 134 million km2 of ice-free land.