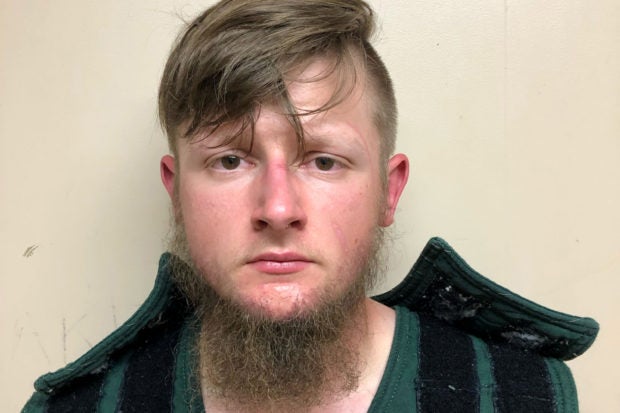 FILE PHOTO: Robert Aaron Long, 21, of Woodstock in Cherokee County poses in a jail booking photograph after he was taken into custody by the Crisp County Sheriff’s Office in Cordele, Georgia, U.S. March 16, 2021.

A Georgia prosecutor on Tuesday said the man accused of fatally shooting eight people at Atlanta-area spas, six of them Asian women, had committed hate crimes and that she would seek the death penalty against him, court documents showed.

The 22-year-old suspect, Robert Aaron Long, was indicted on murder charges for the deaths of four women in Fulton County, Georgia, as well as aggravated assault and domestic terrorism charges. He is accused of killing eight people, including six women of Asian descent, in a shooting spree on March 16 at three day spas.

Long has also been charged with four counts of murder and one count of aggravated assault in Cherokee County, about 40 miles north of the state capital.

In a court filing, Fulton County prosecutor Fani Willis said Long had targeted four women in Atlanta because of their race, national origin and gender. In a separate filing, she said she would seek the death penalty against Long.

A lawyer for Long did not immediately respond to a request for comment.

In March, Long told investigators a sex addiction drove him to commit the killings and indicated he frequented spas in the area. Authorities initially declined to name racial animosity as the motive for the massacre, which sent shock waves through the Asian American community already rattled by a rise in hate crimes since the COVID-19 pandemic began.

Stop AAPI Hate, a coalition that has tracked rising anti-Asian violence during the pandemic, commended the prosecutor’s move, calling it “important” and stressing the broader need to address “the combination of racism and misogyny Asian American women experience” in the United States.

The bloodshed began with four people killed and another wounded at Young’s Asian Massage in Cherokee County. Two Asian women were among the dead there, along with a white woman and a white man.

An hour later in Atlanta, police officers responding to a robbery report arrived at the Gold Spa beauty salon to find three women shot dead. The officers were then called to a separate spa across the street where another woman was found fatally shot. All four women killed in Atlanta were Asian.