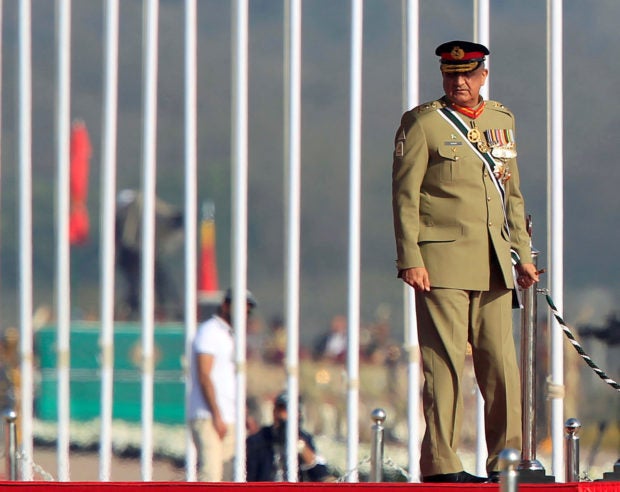 Pakistani Army Chief of Staff General Qamar Javed Bajwa was meeting Ghani as well as other Afghan leaders in Kabul, the sources told Reuters on condition of anonymity as they were not authorised to speak with media.

The media wing of Pakistan’s military did not immediately respond to request for comment or confirm the visit.

It was not immediately clear what would be discussed during the meeting. Neighbouring Pakistan is regarded as a key player in the Afghan peace process. In the past Islamabad has been accused of harbouring the insurgent Taliban but in recent years Washington and other Western powers have acknowledged its efforts to push the militant group to take part in peace talks.

Bajwa also met Britain’s Chief of Defence Staff General Nicholas Patrick Carter on Monday for talks on Afghan peacemaking, according to a statement from Pakistan’s military media wing. The venue of the meeting was not given.

In recent weeks, Taliban and diplomatic sources told Reuters, Pakistan has been negotiating with insurgents to try and get them to commit to a ceasefire, agree to an extension of the U.S.-Taliban agreement which stipulated forces should withdraw by May, and to continue to take part in peace talks at a planned conference in Turkey.

Violence has risen starkly in Afghanistan in recent weeks with the Taliban launching attacks throughout the country and a huge unclaimed attack taking place on a school in Kabul on Saturday that killed dozens of students.

The Taliban announced on Sunday night that they would commit to a three-day ceasefire for the Islamic religious holiday of Eid later this week.