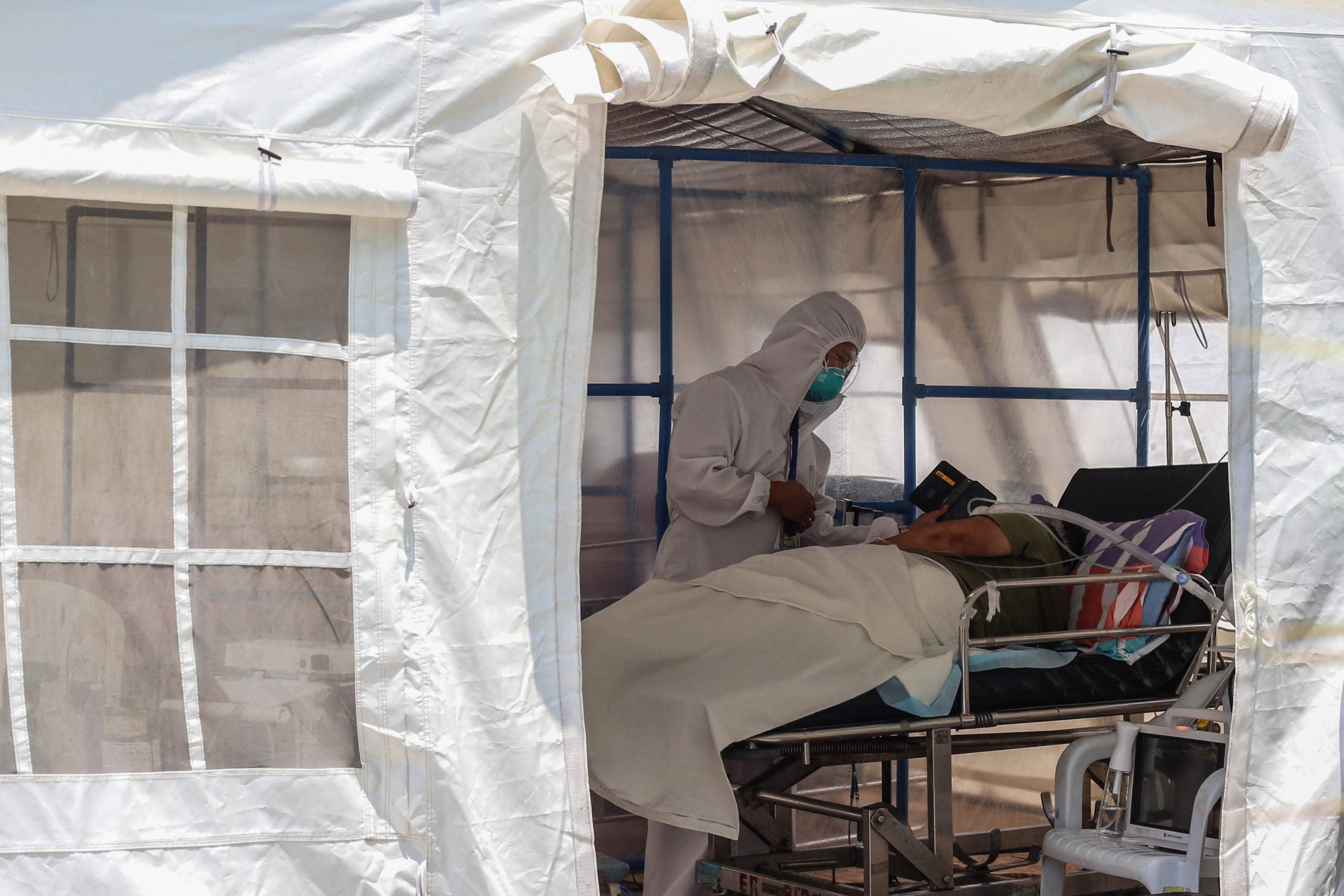 This photo taken on April 6, 2021 shows a relative wearing personal protective equipment attending to a family member with COVID-19 at a makeshift ward in a hospital in Manila. – More contagious variants of the coronavirus have been blamed for a record surge in infections in Metro Manila that has overwhelmed hospitals and sent the national capital region into lockdown. (Photo by JAM STA ROSA / AFP)

During a town hall event organized by the 1Sambayan coalition, Cabral said the number of daily new confirmed cases in the Philippines was even higher than that of the more populous Indonesia.

(The truth is the Philippines has the highest number of daily confirmed new cases in Southeast Asia during this surge. It is even higher than that of Indonesia that has twice the population of the Philippines, and certainly higher than in other countries with smaller populations.)

The information presented by Cabral during the event was sourced from the COVID-19 data of the Johns Hopkins University’s Center for Systems Science and Engineering. The data was not based on the number of cases per population of each country.

She said this is perhaps the reason why the Presidential Communications Operations Office issued a memorandum directing government media platforms to “convey to the public that the Philippines is faring better than many other countries in addressing the pandemic” and “carry regular updates about the world data on COVID-19.”

(Maybe the government is already getting hurt by the criticism it is receiving from those who say the country’s pandemic response is lacking.)

This is the sixth consecutive day that the country registered a daily rise in coronavirus cases below 8,000. COVID-19 cases soared from the previous 1,000 cases in January to over 10,000 in early April amid the detection of more transmissible variants of the virus.

The Department of Health earlier said it is unfair to compare the Philippines to other countries that have better health systems in assessing government responses to the COVID-19 pandemic.