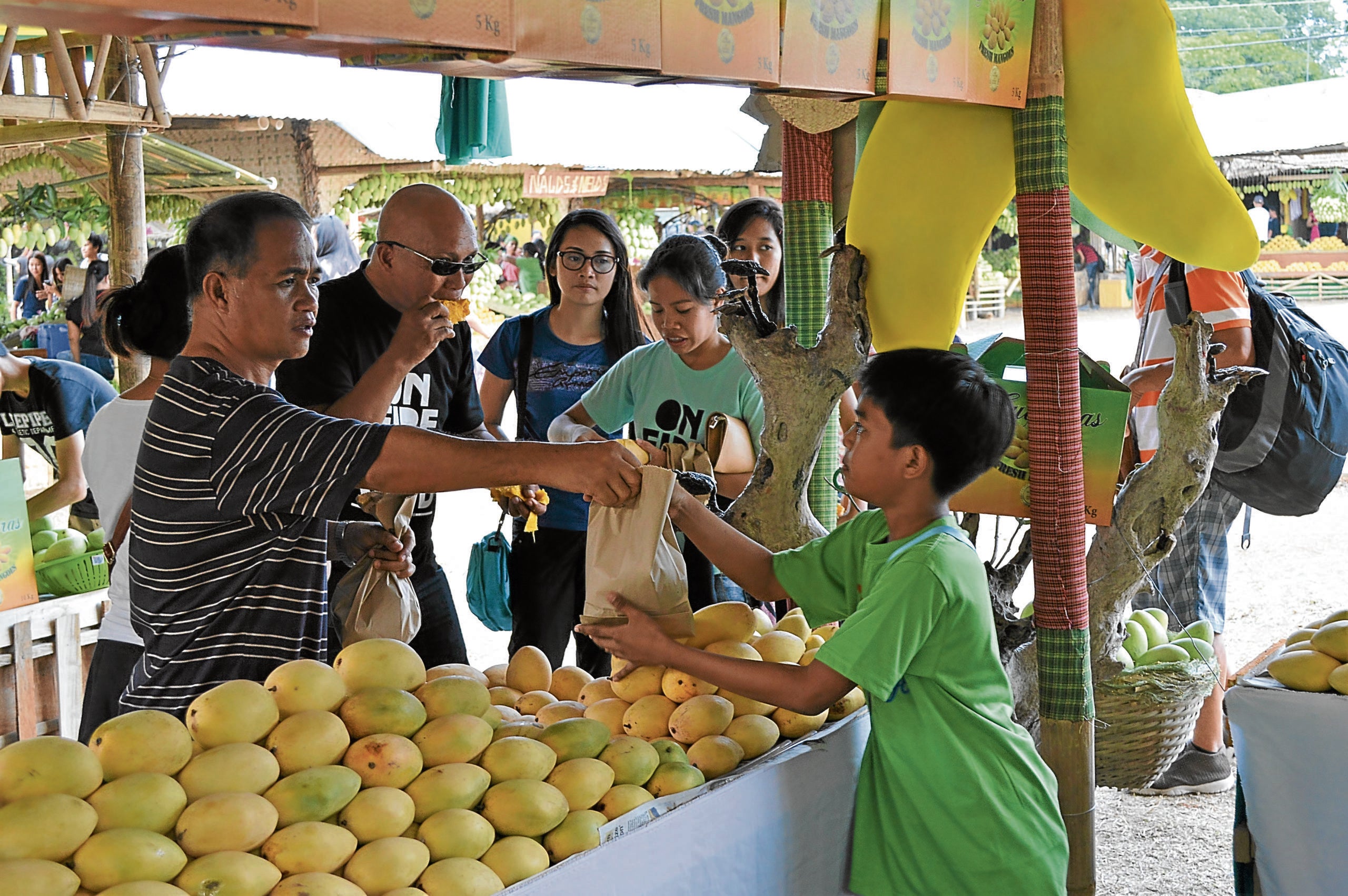 STILL SWEET Guimarasnons will celebrate a toned-down Manggahan Festival this month to showcase its famous sweet mangoes as Guimaras struggles to recover from the crippling impact of the pandemic. —PHOTO COURTESY OF THE DEPARTMENT OF TRADE AND INDUSTRY-WESTERN VISAYAS

ILOILO CITY — The Guimaras provincial government has decided to push through with this year’s two-day celebration of its famed Manggahan Festival, which was canceled last year due to strict restrictions caused by the COVID-19 pandemic, starting on May 20.

There will, however, be no mango-eat-all-you-can feast in this year’s festival, which will be held together with the celebration of the province’s 29th founding anniversary.

Activities and events of the festival will mostly be held outdoors and through online portals in line with health protocols to stop the spread of the virus, the provincial government announced on social media.

An agricultural trade fair will be held to showcase mango and other products of the island. It will be streamed on the province’s social media pages, which will also feature a virtual tour of the island’s beaches and other tourist destinations.

Tourism and the export of its famous sweet mangoes are among the top revenue earners of the island.

The festival will still include a province-wide bike fun ride and a mango-eating contest at the beach. E-games will also be held.

From 6M to 1M visitors

The island province of Guimaras, the smallest among six provinces comprising Western Visayas, was a subprovince of Iloilo until it became a separate province on May 22, 1992.

Its festival is among the biggest in Western Visayas that have been canceled or toned down due to the pandemic.

Travel and quarantine restrictions have battered the tourism industry of Western Visayas, one of the region’s main economic drivers.

From around 6 million tourists who visited the region in 2019, who mostly went to Boracay Island in Aklan province, tourist arrivals plummeted to around 1 million in 2020.