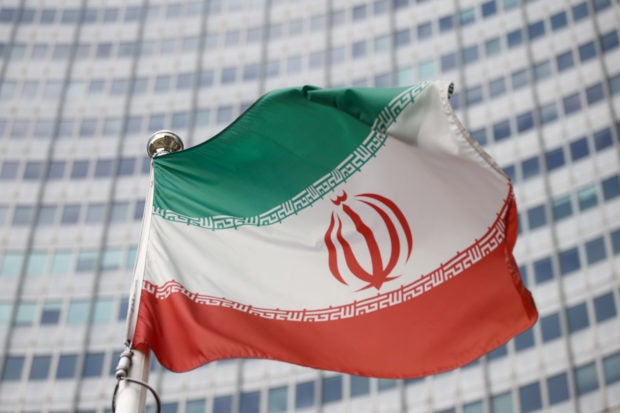 FILE PHOTO: The Iranian flag waves in front of the International Atomic Energy Agency (IAEA) headquarters, before the beginning of a board of governors meeting, amid the coronavirus disease (COVID-19) outbreak in Vienna, Austria, March 1, 2021. REUTERS/Lisi Niesner/File Photo

WASHINGTON — Agreement could be reached within weeks on a path for Washington and Tehran to resume compliance with the 2015 Iran nuclear deal if Iran made the political decision to do so, a senior U.S. State Department official said on Thursday, adding gaps still remain.

“Is it possible that we’ll see a mutual return to compliance in the next few weeks, or an understanding of a mutual compliance? It’s possible yes,” the official told reporters on condition of anonymity during a telephone briefing.

“Is it likely? Only time will tell, because as I said, this is ultimately a matter of a political decision that needs to be made in Iran,” the official added.

U.S. officials return to Vienna this week for the fourth round of indirect talks with Iran on how to resume compliance with the deal, which former President Donald Trump abandoned in 2018, prompting Iran to begin violating its terms about a year later.

The crux of the agreement was that Iran committed to taking steps to rein in its nuclear program to make it harder to obtain the fissile material for a nuclear weapon in return for relief from U.S., EU, and U.N. sanctions.

The U.S. official said it might be possible to revive a nuclear deal before Iran’s June 18 elections but, again, put the onus on Iran to make such a political decision and to avoid asking Washington to do more than what is envisaged in the agreement while Tehran would seek to do less.

Read Next
Germany to allow AstraZeneca COVID-19 vaccine for all adults
EDITORS' PICK
DOH: Booster doses for fully vaxxed adults to start December 3
Legarda: Ending Violence Against Women, a cause for all
Smart offers wireless fiber-like speeds to Filipino homes with country’s first 5G Prepaid Home WiFi
NGCP transmission tower in Lanao del Sur bombed
Omicron: What science knows so far about latest Greek-lettered COVID variant
This new condo in the South will make you want to turn a new leaf
MOST READ
‘Maski na hindi ‘yung mga bright’: Duterte urges public to elect new leaders
Sereno warns: Those accusing Kris Aquino of ‘stealing’ Marcos jewels will face criminal case
Roque defends Bongbong Marcos: ‘He was only 15 years old in 1972’
Pacquiao to voters: If you can’t vote for me, then don’t vote for a corrupt candidate
Don't miss out on the latest news and information.