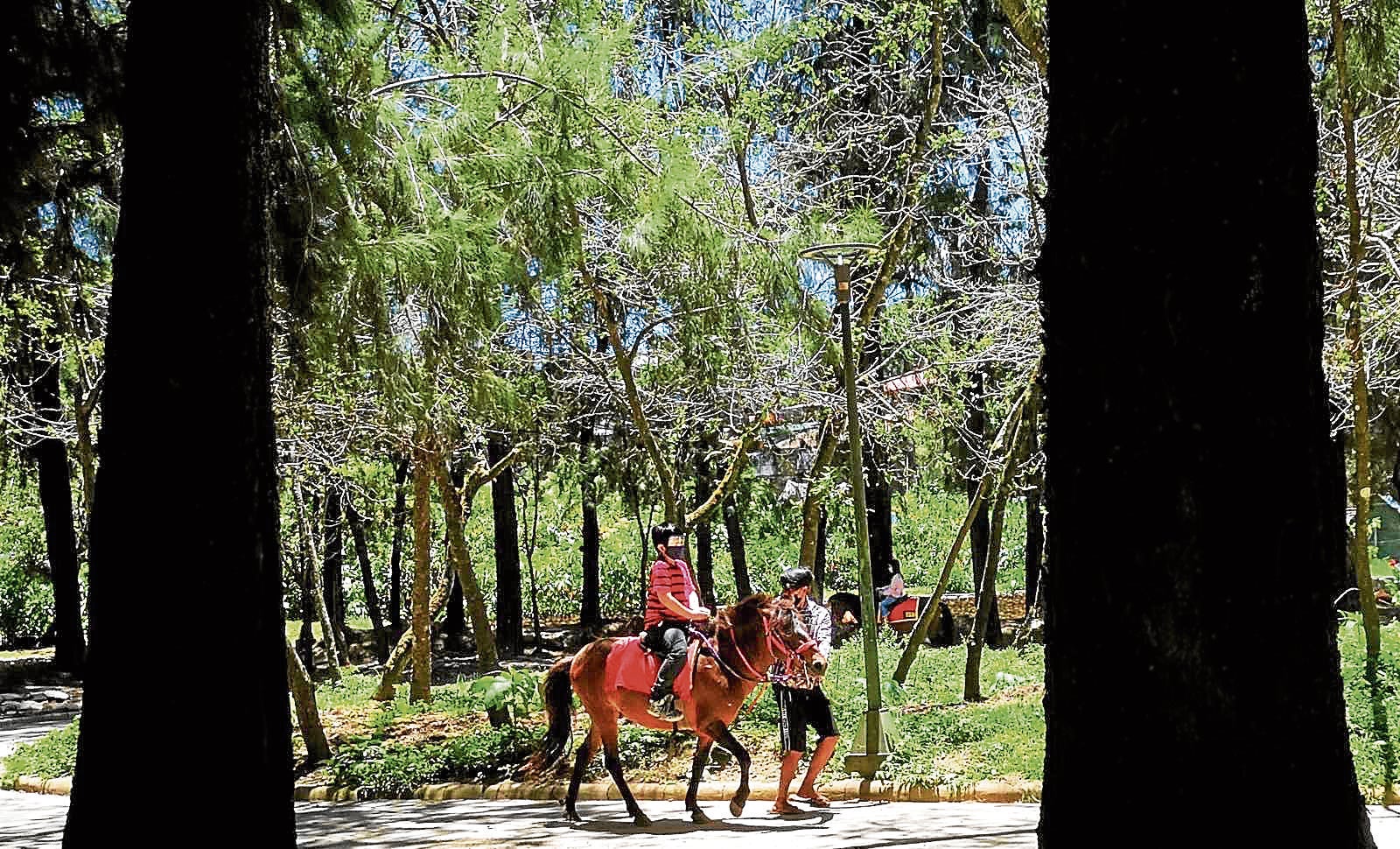 SLOW RIDE With tourism activities in Baguio City still to pick up due to the pandemic, “pony boys” renting out horses at Wright Park survive by assisting the fewtourists and residents visiting the once busy area. They also worry about an outbreak of a viral disease that has killed at least 27 horses. —EV ESPIRITU

BAGUIO CITY — For decades, the city’s “pony boys” (horse trainers or handlers) thrived literally on the backs of their horses, which they rented out to tourists and residents at Wright Park and spots like Camp John Hay.

But the distressed horses now need to be cared for after government veterinarians detected an outbreak of equine infectious anemia (EIA) on the animals from December until this month.

The disease, she said, has no cure and is often fatal that medical literature endorses euthanasia.

Piok said her office tested the horses late last year when they received a report that 16 animals had died from March to October.

She said 21 horses tested positive for EIA out of 158 animals that were examined. Last month, the number of fatalities went up to 27.

“We began to quarantine sick horses which were coughing. Soon the animals would not eat or drink and by the third week, they were dead,” said Jayson Alquizar, a member of Wright Park Pony Boys Association.

Mayor Benjamin Magalong has directed owners to remove sick horses from the park to prevent other horses from catching EIA, Piok said.

Piok said refusal to remove sick horses from the park meant the veterinary office might have to proceed with euthanasia, as they could not put to risk the health of the about 250 horses in the city.

The pony boys, many of them from the indigenous group Ibaloy in Benguet province, have been raising horses for decades.

Ibaloy families have strong ritual and economic connections with horses and cattle that used to graze in the city. These families were pushed back to the outskirts when the American colonial government built the summer capital at the start of the 20th century, according to various historical accounts.

To this day, horses are still slaughtered in a ritual during the funeral of influential Ibaloy because these animals are tasked to bring the spirit of the dead to Mt. Pulag, Luzon’s highest peak, to join their ancestors.

When tourism activities were halted and arrivals dropped last year, the pony boys were among the sectors that suffered most from the economic downturn and received aid from the Department of Tourism.

But as many as 30 horses have since been sold by their owners, leaving Wright Park with just about 100 horses.