Duterte ‘out of his mind’ for belittling arbitral win over China, says Magdalo solon 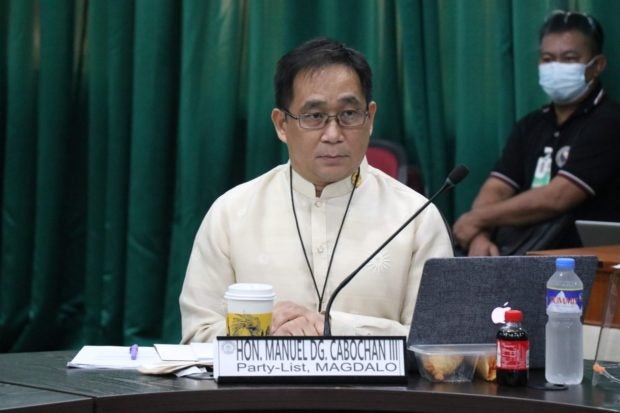 MANILA, Philippines — President Rodrigo Duterte must be “out of his mind” for belittling the country’s victory before the Permanent Court of Arbitration in The Hague over China as a mere “piece of paper,” Magdalo Party-list Rep Manuel Cabochan III said Thursday.

The arbitral body’s ruling stated that the Philippines has exclusive sovereign rights over the West Philippine Sea (in the South China Sea), and that China’s “nine-dash line” is invalid.

The PCA issued its award despite China’s absence throughout the proceedings, refusing to recognize the case.

“Duterte is out of his mind. The arbitration win of the Philippines is not just a piece of paper,” Cabochan said in a statement, adding: “It is a legal affirmation of what is ours — an affirmation that China’s claims are baseless and illegal.”

According to Cabochan, Duterte seemed to forget that his power and position are based on the Constitution, which he also once referred to as “paper.”

(Will no one advise the president to avoid pretending to be knowledgeable and courageous on the issue of the West Philippine Sea?)

He further said that the President’s statements over the issue are “detrimental” to the country’s claims, adding that Duterte is becoming a lawyer of China.

(Instead of defending our rights and territory, he is becoming a lawyer for China.)

Palace: Duterte fooled no one, did not commit ‘estafa’ over West PH Sea