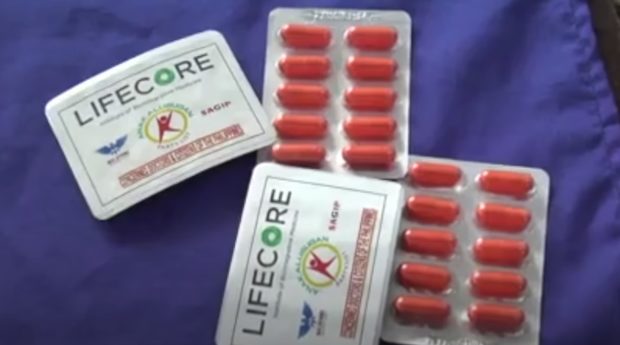 MANILA, Philippines — Amid the heated debate on the use of the still locally unregistered antiparasitic ivermectin, Senate President Vicente “Tito” Sotto III on Thursday raised the possibility of it reaching the Senate floor.

Ivermectin has yet to secure emergency use authorization (EUA) from the Food and Drug Administration (FDA) for human use, although the agency has granted compassionate special permits (CSP) to six hospitals who had requested to use this to treat patients with coronavirus disease.

The issue further escalated last week when two congressmen distributed the ivermectin capsules to Quezon City residents, with doctors and pharmacists raising a howl over the issuance of the  “prescription” of a drug that has yet to be registered locally, written only on plain pieces of paper sans doctor’s information, as required by law.

But Sotto, who had in the past admitted to using ivermectin, questioned why there was such strong opposition against the drug when there are also many other food and drug items being used by people without the FDA’s approval.

(Why are they making such a big fuss on ivermectin? That’s a big question…  Why don’t they just allow those who want to use it?)

(I think it’s better if we can have a hearing on this later on.)

He said he might be “tempted” to deliver a privilege speech about ivermectin “so that a Senate committee hearing can be conducted thereafter.”

(They might also want us to come up with a law now against suicide? They cant drink or eat without FDA approval. Is that what they want?)

Sotto also brushed aside the reported adverse effects of ivermectin ,which is only approved for animal and veterinary use.

(I know a lot of people who are taking that drug. Let me be the Exhibit A. We don’t see any adverse effects. As a matter of fact, we feel that our body is much stronger, and you know what my age is.)