DILG to curb abuses in enforcement of mask rule 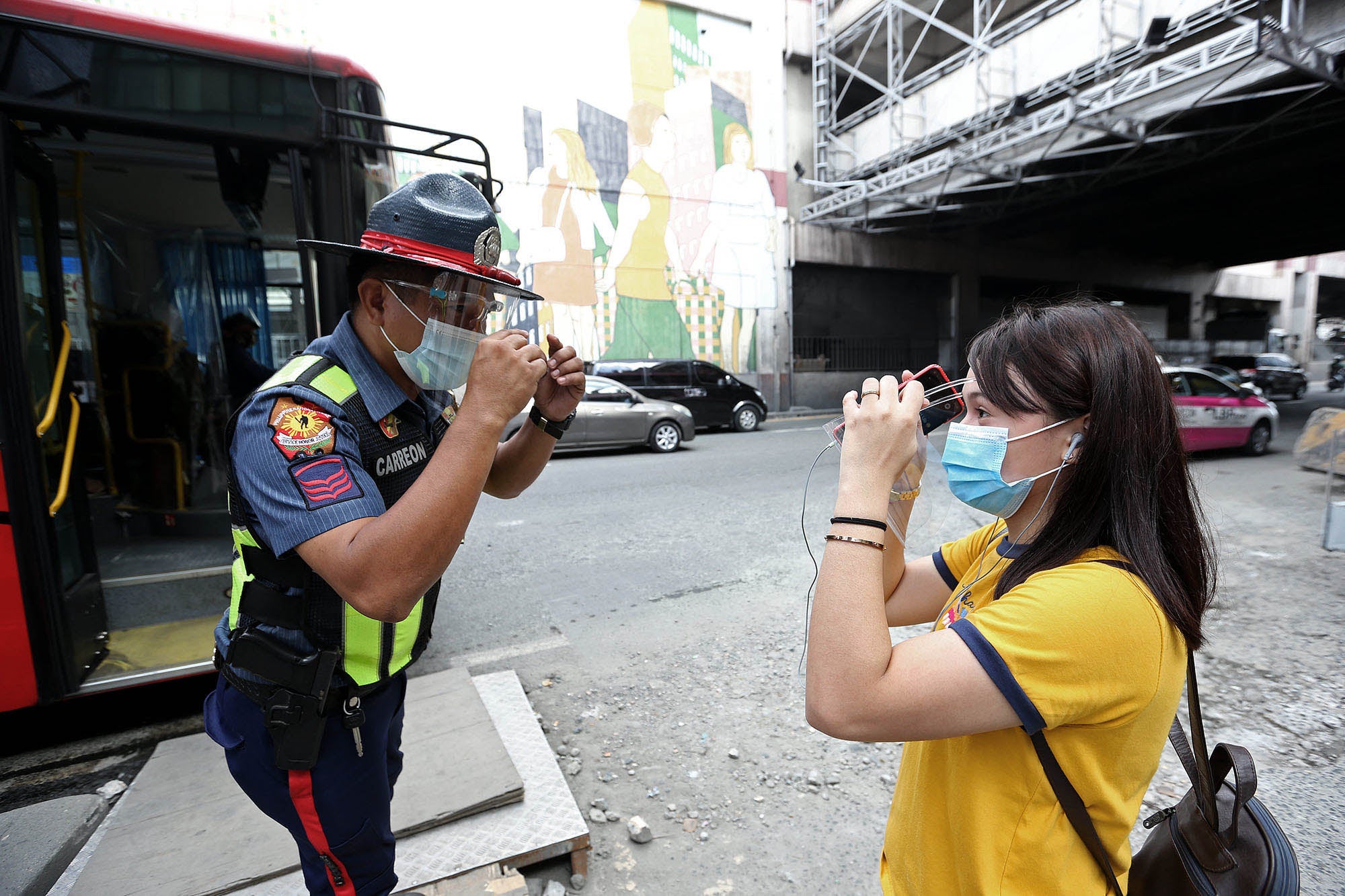 (FILE) HPG / DECEMBER 16, 2020. A member of the Highway Patrol group asks a commuter to properly wear the face shield before boarding the carousel bus at EDSA-Taft in Pasay City. The Inter-Agency Task Force on the Management of Emerging Infectious Diseases (IATF) has required the public to wear both face shields and face masks at all times outside of their residences to stem the further spread of COVID-19. INQUIRER PHOTO / RICHARD A. REYES

MANILA, Philippines – The Department of the Interior and Local Government said it would be working with the Philippine National Police and local government units to prevent any abuses in the enforcement of President Rodrigo Duterte’s order to arrest people wearing face masks improperly.

“That’s why we need to make the necessary coordination with the Philippine National Police and local government units so that we can safely efficiently implement the directive of the President and make the necessary guidelines so this will not also be abused by the police authority,” Malaya said  over ANC’s “Headstart.”

He said the DILG plans to sit down with the PNP hopefully this Thursday and then coordinate with LGUs whose penalties vary according to whether people wear their masks properly or not.

“I think the President was serious so we will have to sit down with the Philippine National Police hopefully today to determine the parameters of the national directive,” said Malaya.

Duterte on Wednesday night ordered the police to arrest people who are not wearing their masks properly, amid the recent surges of COVID-19 cases in the country.