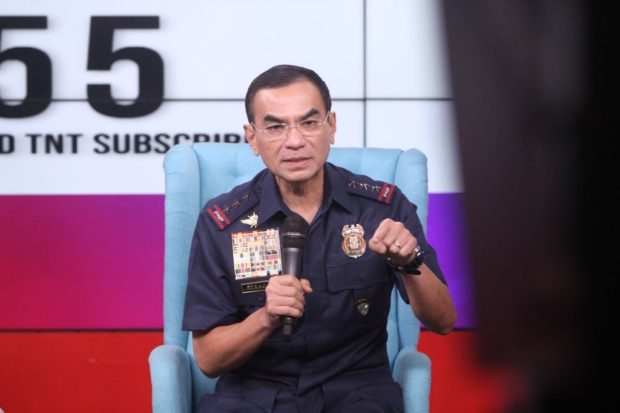 “To be appointed as the chief PNP is a rare opportunity, but comes with the challenges of good leadership and meeting the high expectations of the Filipino people. I accept these challenges,” said Eleazar in a statement.

Eleazar was appointed by President Rodrigo Duterte, as confirmed by Interior Secretary Eduardo Año to reporters on Wednesday.

He will be the sixth PNP chief under the Duterte administration.  He will take over the post of Gen. Debold Sinas, who is set to retire on May 8.

The incoming PNP chief thanked Duterte and Año for the appointment.

“I express my sincerest gratitude to our Commander-in-Chief, President Rodrigo Roa Duterte, for choosing me to be among the instruments of his genuine intention of having a well-disciplined and professional police force that could always be banked on in enforcing the law and inserting and protecting the Filipino people,”eleazar said.

(And most of all, I thank the Lord for giving me the rare opportunity to serve my fellow Filipinos.)

Eleazar is currently serving as the PNP’s deputy chief for administration. He was also the agency’s chief of directorial staff, and led the Joint Task Force COVID Shield and the National Capital Region Police Force.

He and Sinas belong to the Philippine Military Academy “Hinirang” Class of 1987.