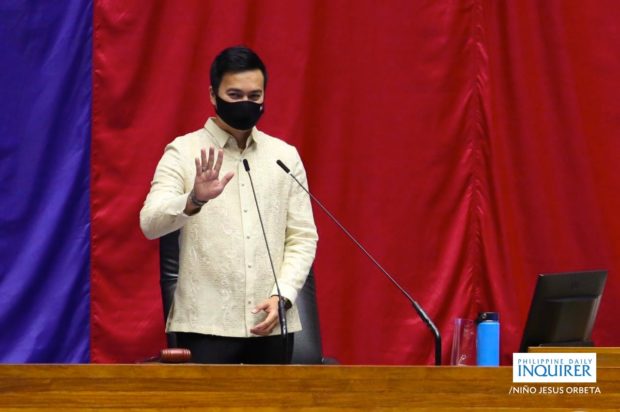 MANILA, Philippines — President Rodrigo Duterte’s final State of the Nation Address (Sona) could be held under the same set-up as last year as the country continues its fight against the coronavirus pandemic, Speaker Lord Allan Velasco said Tuesday.

If this will be followed, Velasco said only a few would be invited to physically attend the Sona held at the Batasan Pambansa in Quezon City.

The President is mandated under the Constitution to deliver his Sona before a joint session of Congress every fourth Monday of July to report on the status of the country and the government’s agenda in the years to come.

However, last year’s Sona was marred with questions on whether Duterte will physically deliver his speech at Batasan Pambasa amid the threat of COVID-19. In the end, Duterte physically attended the event.

But to maintain physical distancing, only a number of lawmakers and government officials were allowed to physically attend the annual event.

The media, except for the personnel of the government-owned Radio TV Malacañang, were also not allowed to physically cover the Sona.