Not a god: Taiwan defends health minister amid uptick in COVID-19 cases 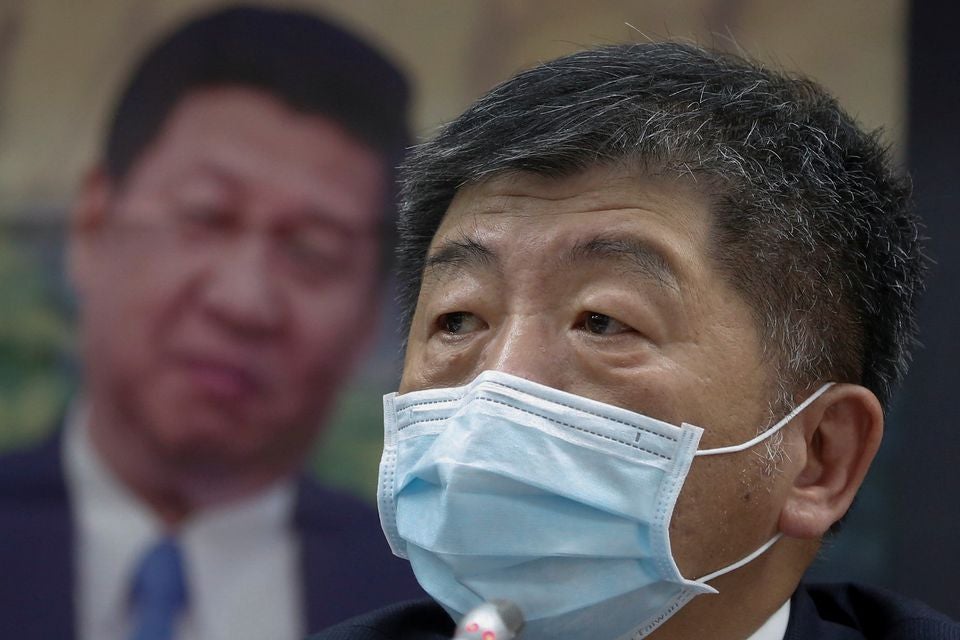 Taiwan Health Minister Chen Shih-chung holds a news conference about Taiwan’s efforts to get into the World Health Organization in Taipei, Taiwan, May 15, 2020. REUTERS/Ann Wang

TAIPEI — Taiwan Premier Su Tseng-chang defended the island’s health minister on Tuesday amid a rare uptick in domestic COVID-19 infections, saying that even if he were a god reborn on earth he could not protect against every eventuality.

Taiwan has kept the pandemic well under control because of early and effective prevention, including largely closing its borders. Most of its 1,145 cases to date have been imported from abroad, although Taiwan has reported sporadic domestic infections. Since last month Taiwan has been dealing with a cluster of 26 infections so far linked to a hotel at the island’s main international airport at Taoyuan outside of Taipei, with pilots, hotel workers and their family members affected.

Health Minister Chen Shih-chung has come under criticism, including from the main opposition party the Kuomintang, over a series of issues that could have worsened the outbreak, including not wearing face masks and allowing Taiwanese and foreign pilots to mix at a single hotel.

Su told reporters that despite strict government steps, including recording names of people entering public venues to help with contact tracing, not everyone adhered to the rules and it was impossible to be everywhere at once to ensure regulations are followed.

“A single Chen Shih-chung, even if he were a god reborn, would not be able to do it, and there is no way to see if every place has no breaches” in the rules, Su added.

The government is looking at which procedures can be tightened, Su said, pointing to Monday’s decision to ban people entering who had been in badly-affected India.

Taiwan’s total case numbers remain extremely small compared with those in many other countries, with only 75 people being treated in hospital. It has reported 12 deaths.

Taiwan stocks have swooned since the start of the week, partly on concerns about the domestic cases, dropping more than 3% on Tuesday morning.

The hotel at the centre of the outbreak was evacuated last week and is undergoing a deep clean while those staying there were moved to centralized quarantine centers for tests.