Factbox: Wealth and philanthropy of Bill and Melinda Gates 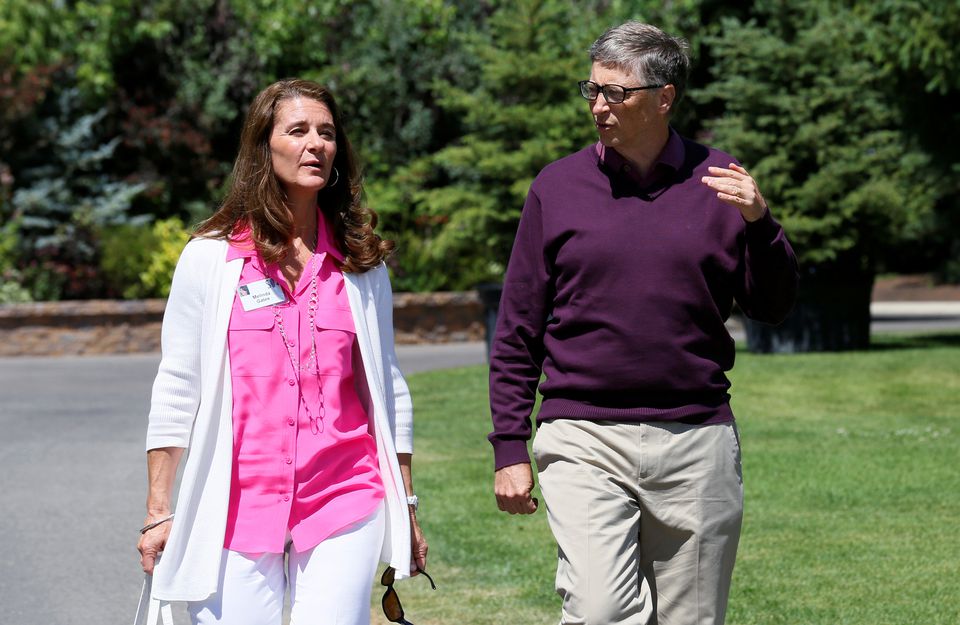 SEATTLE — Bill and Melinda Gates’ divorce will entail complex decisions about how to handle their wealth after 27 years of marriage.

Here are details about their wealth and the couple’s philanthropic activities.

Bill Gates is the world’s fourth-richest person with a net worth of $130.5 billion, according to Forbes.

Gates dropped out of Harvard University to co-found technology giant Microsoft with school friend Paul Allen in 1975. Gates owned 49% of Microsoft at its initial public offering in 1986, which made him an instant multi-millionaire.

With Microsoft’s explosive growth, he soon became the world’s richest person. He has since lost that title, partly by donating money to philanthropic causes. He was also overtaken due to growth at other companies. Amazon.com Inc founder Jeff Bezos, Tesla Inc Chief Executive Elon Musk and Louis Vuitton boss Bernard Arnault and his family take the three top spots on the Forbes wealth list, with Gates at No. 4.

The couple established the Seattle-based Bill & Melinda Gates Foundation in 2000. It is one of the world’s largest charitable organizations, with a focus on public health, education and climate change.

Its grants included some $1.75 billion to vaccine initiatives, diagnostics and research during the coronavirus pandemic.

The foundation ended 2019 with net assets of $43.3 billion, the last full-year financials disclosed on its website.

The foundation spent $5 billion in 2019 on programs in the United States and around the world, excluding management costs.

The couple, who have three children, have a custom mansion with a 2020 assessed value of $130.8 million, according to the King County Department of Assessments, on Lake Washington, which lies between Seattle and its eastside suburbs including Redmond, where Microsoft is headquartered.

The financial details of their split remain unclear. They are seeking division of joint assets, according to a separation agreement they have reached, filed in King County Superior Court.

As one of the few U.S. states with so-called “community property” laws, Washington presumes that most property acquired over the course of a marriage belongs jointly to the spouses and is divided equally in a divorce.

The spouses can also agree that certain assets are separate property, meaning they belong to one of them. Inheritances often fall in this category.