Mexico apologizes to indigenous Maya for centuries of abuse 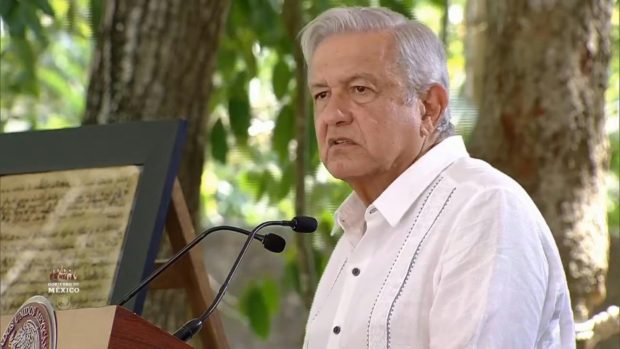 MEXICO CITY — Mexico’s government offered an official apology on Monday to the indigenous Maya people for the “terrible abuses” committed against them in the centuries since the Spanish conquest.

President Andres Manuel Lopez Obrador presented the apology as part of a series of events this year marking the 500th anniversary of the conquest and the bicentennial of Mexican independence.

“We offer the most sincere apologies to the Maya people for the terrible abuses committed by individuals and national and foreign authorities in the conquest, during three centuries of colonial domination and two centuries of an independent Mexico,” Lopez Obrador said.

He was joined by Guatemalan President Alejandro Giammattei at the ceremony in the southeastern state of Quintana Roo.

Lopez Obrador referred in particular to the 1847-1901 Caste War, an indigenous rebellion in which around 250,000 people are believed to have died.

His government also recognized the racism and neglect that continue to afflict the ethnic minority.

“We apologize to the Maya people of Mexico… for the wrongs committed against them throughout history and for the discrimination that they are still victims of today,” Interior Minister Olga Sanchez said.

Giammattei, whose country has a large Maya population, said that slavery and war have been replaced by other problems such as violence and migration.

“We continue to face the loss of human life — now due to organized crime, malnutrition and the search for opportunities that so many people seek far away,” he said.

Jeering was heard during the ceremony from residents who oppose the construction of Lopez Obrador’s “Maya Train” pet project to link Caribbean resorts with ancient archaeological sites.

Critics of the railroad say it will damage the environment and hurt indigenous communities.