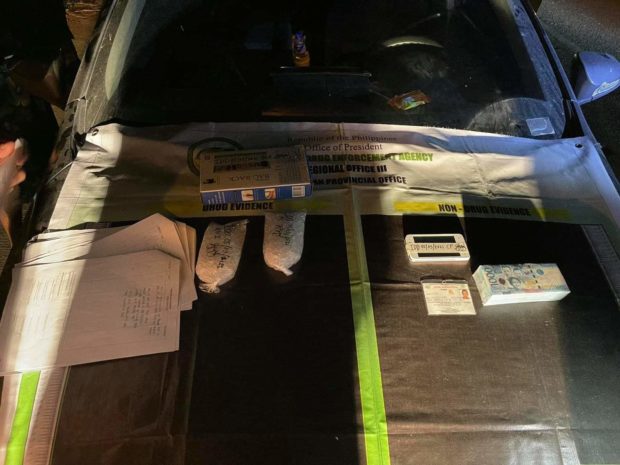 Agents of the Philippine Drug Enforcement Agency arrested a suspected drug trader in the City of Malolos in Bulacan province who yielded P3.4 million worth of “shabu” Monday. Photo courtesy of PDEA

CITY OF MALOLOS — About 500 grams of “shabu” (crystal meth) worth P3.4 million were seized during a buy-bust operation in this capital city of Bulacan Monday, May 3, the Philippine Drug Enforcement Agency (PDEA) said.

Christian Frivaldo, regional director of PDEA in Central Luzon, said the suspect was arrested during the anti-narcotics operation on Diversion Road in Barangay Mojon.

The suspect will be charged with violating the Comprehensive Dangerous Drugs Act of 2002.