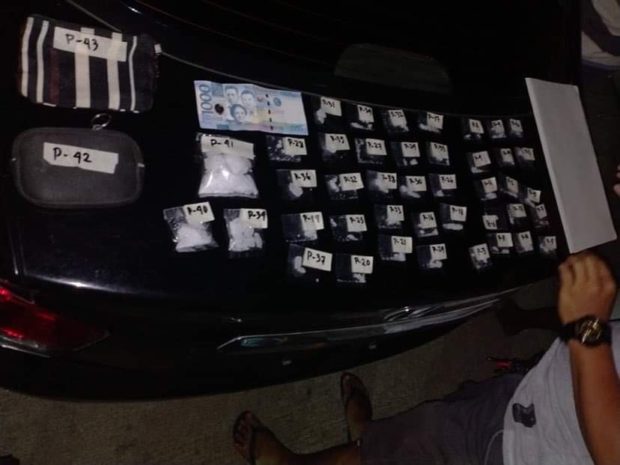 CAMP GEN. ALEJO SANTOS, Bulacan –– Police arrested two suspected drug traders who they caught with P340,000 worth of “shabu” (crystal meth) during a buy-bust operation in Balagtas town Monday, May 3.

The police said they would charge the suspects with violating the Comprehensive Dangerous Drugs Act of 2002.