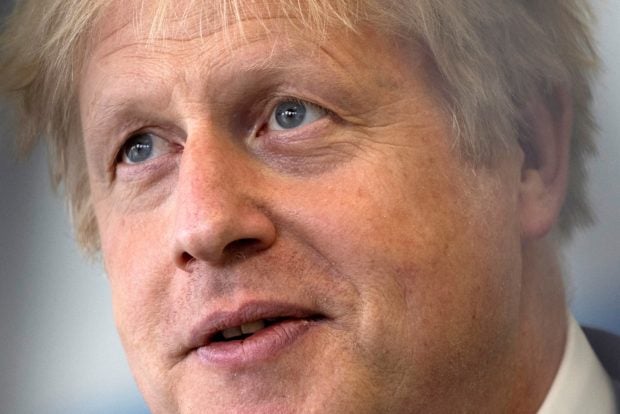 LONDON — The UK said Sunday it was sending an extra 1,000 oxygen ventilators to Covid-struck India, as a group of doctors staged their own intervention by offering long-distance telemedicine from Britain.

British authorities have already sent 495 oxygen concentrators and 200 ventilators to India as the country grapples with a devastating surge in coronavirus cases, and are shipping three larger production units, dubbed oxygen factories.

The 1,000 additional ventilators will come from British surplus capacity for Indian hospitals to help the most severe Covid cases, Downing Street said in a statement.

“The terrible images we have seen in India in recent weeks are all the more powerful because of the close and enduring connection between the people of the UK and India,” Prime Minister Boris Johnson said.

“The UK will always be there for India in its time of need,” he said, although Britain says it has no coronavirus vaccines to spare at this time.

The UK’s inoculation campaign has rested largely on AstraZeneca jabs made by the Serum Institute of India, the world’s largest vaccine producer, and India provided much of Britain’s protective equipment and paracetamol last year at the pandemic’s height.

Foreign Secretary Dominic Raab is set to meet Indian External Affairs Minister Subrahmanyam Jaishankar on Monday on the margins of G7 talks this week in London.

Johnson is then due to hold a virtual meeting with Indian Prime Minister Narendra Modi on Tuesday, after cancelling a trip to New Delhi in light of the Covid crisis.

Britain is home to a large Indian diaspora, which has mobilized with fundraising appeals to help supply oxygen and protective equipment to hospitals in India.

Members of the British Association of Physicians of Indian Origin (BAPIO) have meanwhile started to hold remote consultations with patients requiring non-urgent care in India, to ease the load on hard-pressed medics there.

“We are trying to do as much as we can in the form of fundraising to send equipment in the form of oxygen concentrators, creating capacity for ICU (intensive card) beds, BAPIO secretary Parag Singhal told Sky News.

“So that’s one stream of work, but we are also trying to offer help to our exhausted colleagues in India — doctors are overstretched, they’re working too hard,” the professor said.

As well as phone and online consultations, BAPIO doctors are analyzing the results of routine tests conducted in Indian hospitals, he said.

Some 250 volunteers from Britain have signed up to the telemedicine initiative, and the group is aiming to get 1,000 in all, working in partnership with hospitals and smaller clinics.