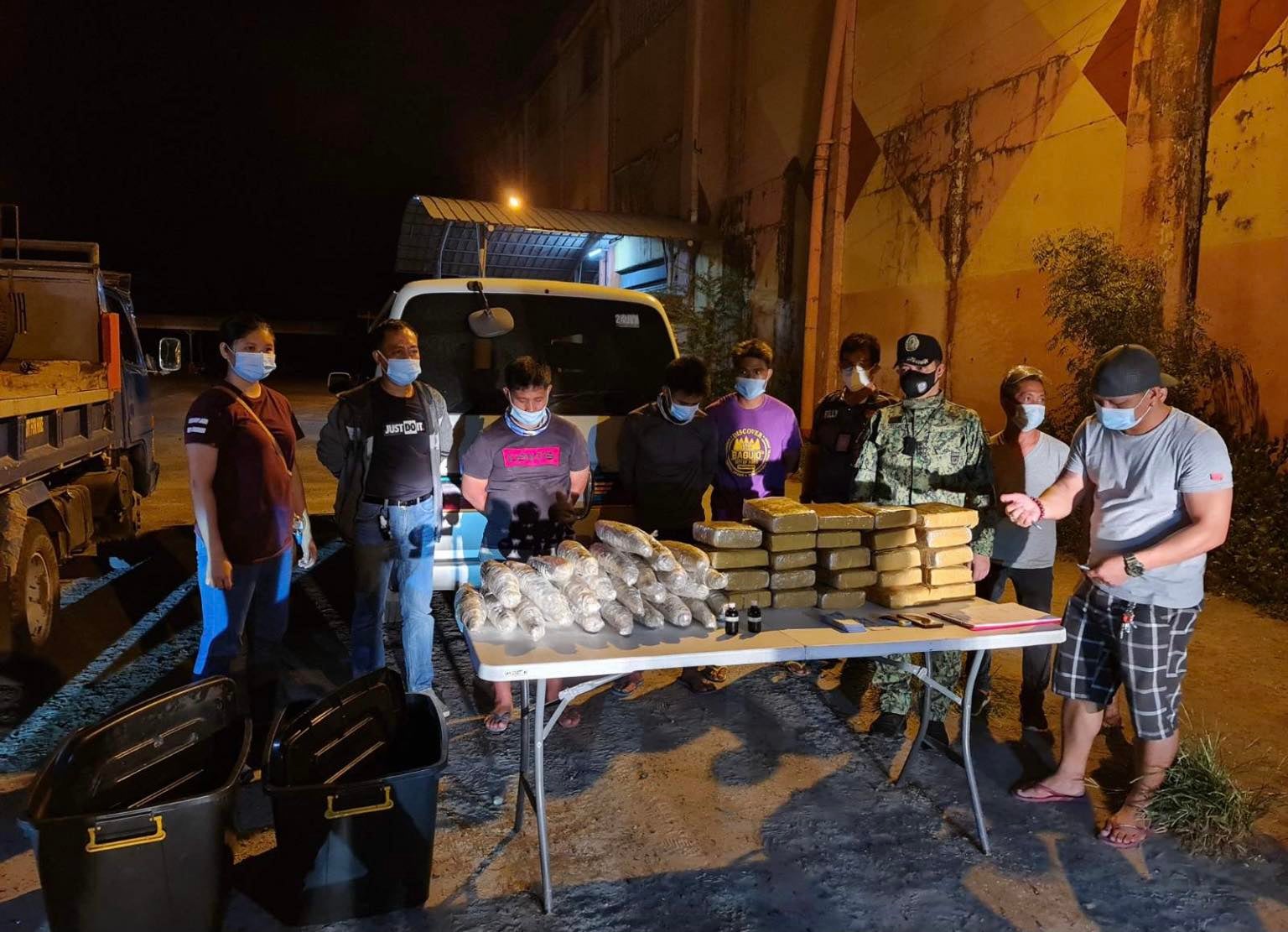 Authorities seized these marijuana bricks and cannabis oil worth P4.6 million during an operation in Tarlac City on Sunday. (Photo courtesy of Tarlac provincial police office)

TARLAC CITY — Close to P5 million worth of marijuana bricks were seized while three suspects were arrested here on Sunday (May 2) morning, authorities said.

In a report, Brig. Gen. Valeriano de Leon, regional police director in Central Luzon, identified the suspects as Cornelio Chumil-an, Marcelino Caraowa, and Jomar Pallar. The three are all residents of Mountain Province.

Also seized were two bottles of suspected cannabis oil with estimated value of about P30,000 each.

The three suspects reportedly belong to the same drug syndicate that was busted at Barangay San Francisco in Concepcion town, also in Tarlac, where about P22 million marijuana had been confiscated.